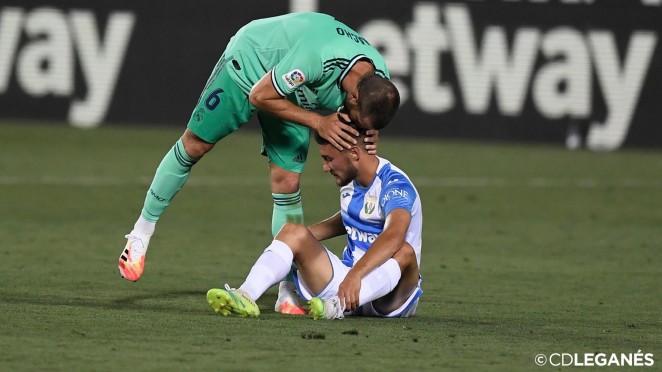 Leganes’ relegation from La Liga was confirmed as Javier Aguirre’s side could only draw 2-2 at home to Real Madrid on the final day.

The side from South Madrid needed to beat their city rivals, and hope Celta Vigo lost or drew away at already relegated Espanyol.

However, despite Oscar Garica’s side labouring to a 0-0 draw in Catalonia, Leganes were unable to secure a dramatic comeback win over the league champions.

But despite creating a perfect late chance to secure all three points, Oscar Rodriguez – on loan from Real Madrid – blazed wide on 96 minutes.

An unbeaten run of five games was not enough to save Leganes, as Aguirre’s prediction that the February departure of Martin Braithwaite to Barcelona would mean relegation.

La Liga controversially granted the Catalan giants permission to buy Braithwaite as an emergency transfer, however, with Leganes not permitted to replace him, Aguirre criticised the inequality of the league’s decision.