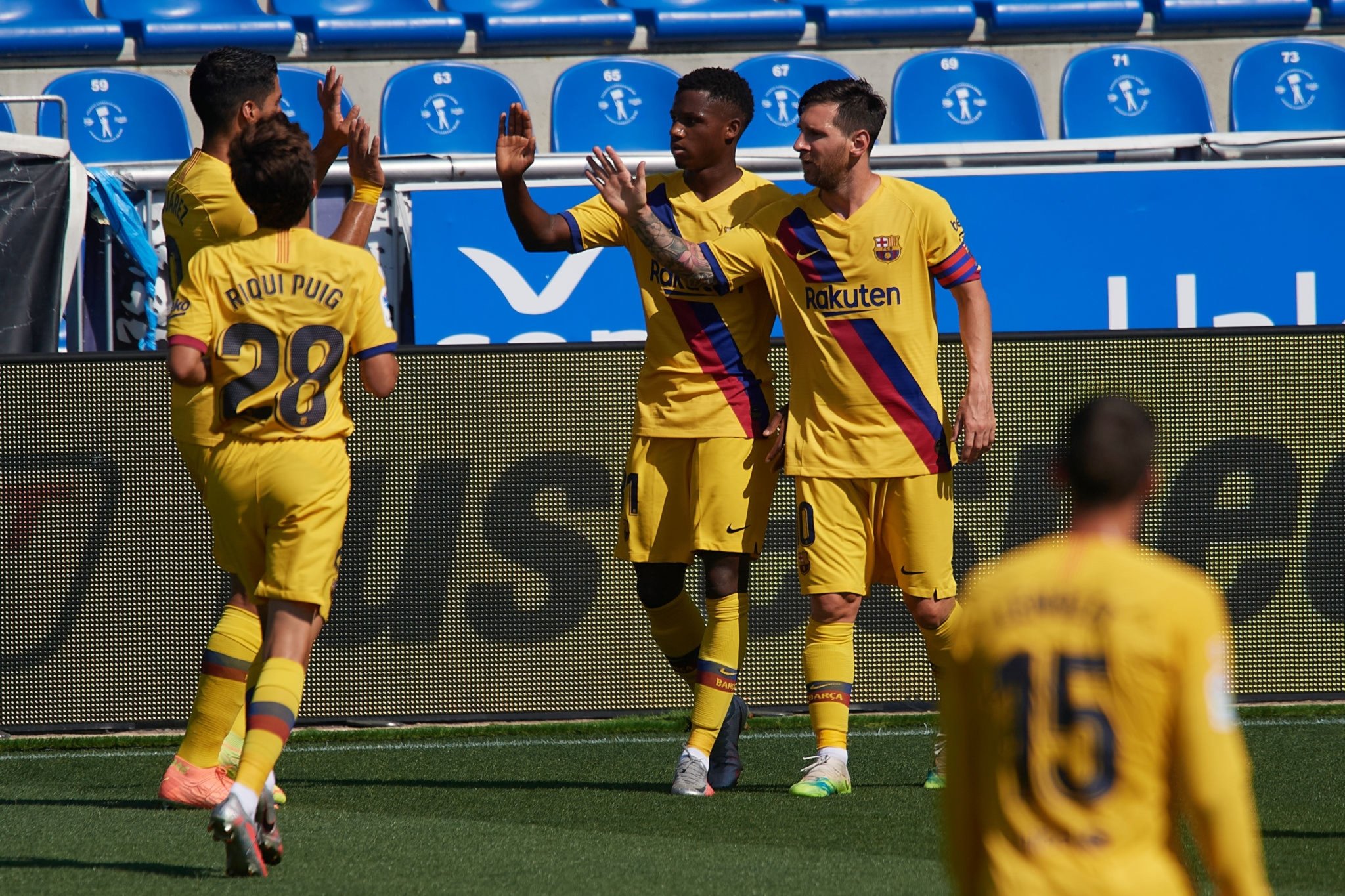 Barcelona have completed their 2019-20 La Liga season with a straightforward 5-0 win away at Alaves.

Quique Setien’s side saw their slim title hopes ended in midweek, with defeat to Osasuna, as rivals Real Madrid beat Villarreal to seal their first league title since 2017.

Setien and his players have come in for criticism in recent weeks, but with the pressure off in the Basque Country, they had too much attacking power for Alaves.

Barcelona showed no signs of slowing down after the break, as Nelson Semedo raced onto Alba’s pass to slot home on the hour mark.

Alba completed a hat trick of assists with 15 minutes to go, as his cross was swept home by Messi, for the Argentinian’s 25th La Liga goal of the season.