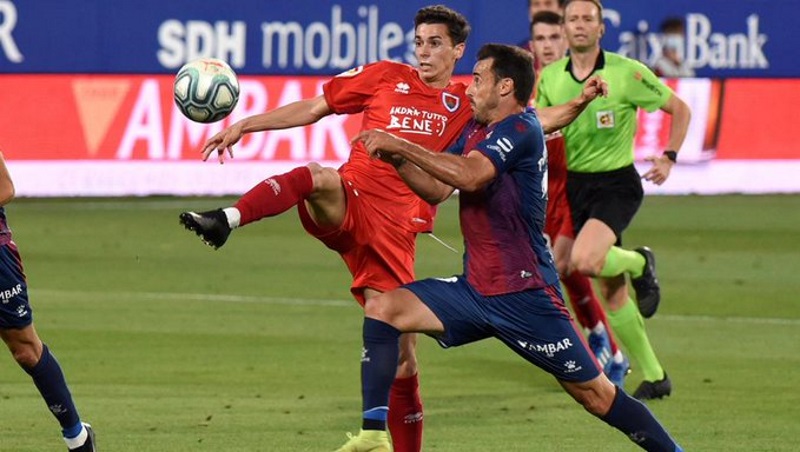 Huesca have joined Cadiz in winning automatic promotion to La Liga this season, while three of the four promotion playoff sides have also been confirmed.

A double from Rafa Mir and classy backheeled finish from Shinji Okazaki, coupled with defeats for Almeria and Real Zaragoza, clinched promotion for Michel’s Huesca.

Indeed, Huesca may yet lift the league title as leaders Cadiz – already promoted – slipped to a 2-1 defeat at Girona, who secured a promotion playoff spot with the victory.

They will be joined by Almeria and Zaragoza – despite both sides slipping to surprise defeats to struggling duo Albacete and Ponferradina respectively.

Fuenlabrada have now moved into the promotion playoff spots going into the final matchday after a 3-1 win over Elche, who drop out of the top six.

Rayo Vallecano are the other side who still hold playoff ambitions although they missed a huge opportunity to close the gap further after slipping to a 2-2 draw at home to Las Palmas.

Meanwhile at the other end of the table, there are four clubs trying to avoid the remaining two relegation spots – with Racing Santander and Extremadura already down.

Numancia and Deportivo – who lost at Mirandes – have both slipped into the bottom four, while Albacete and Lugo are not yet safe.

That is despite Albacete picking up a comfortable 4-1 win over Zaragoza while Lugo scored a dramatic last-minute winner at Tenerife.