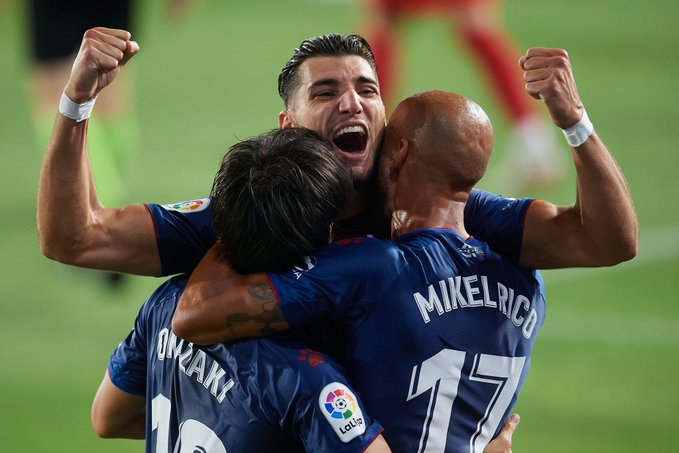 Huesca promoted back to La Liga

Huesca have won promotion back to La Liga just one year after suffering relegation after defeating Numancia 3-0 on Friday evening.

Michel’s side sealed their place in the top two in this season’s Segunda thanks to three second half goals against Numancia, who have now dropped into the relegation zone going into the final round of action.

Striker Rafa Mir opened the scoring from the penalty spot nine minutes after the break and the striker, on loan from Wolverhampton Wanderers, doubled his and Huesca’s tally 15 minutes later.

Huesca made sure of the points and automatic promotion when Shinji Okazaki – formerly of Leicester City – added a third with a spectacular backheeled finish.

Huesca – from the Spanish province of Aragon – were relegated in their debut La Liga season in 2018/19, when they finished second from bottom with 33 points.

However, the club had one of the biggest budgets in the second division and have taken advantage of prolonged bad form from regional neighbours Real Zaragoza and Almeria, who were both strong contenders for automatic promotion but have fallen away badly in recent weeks.