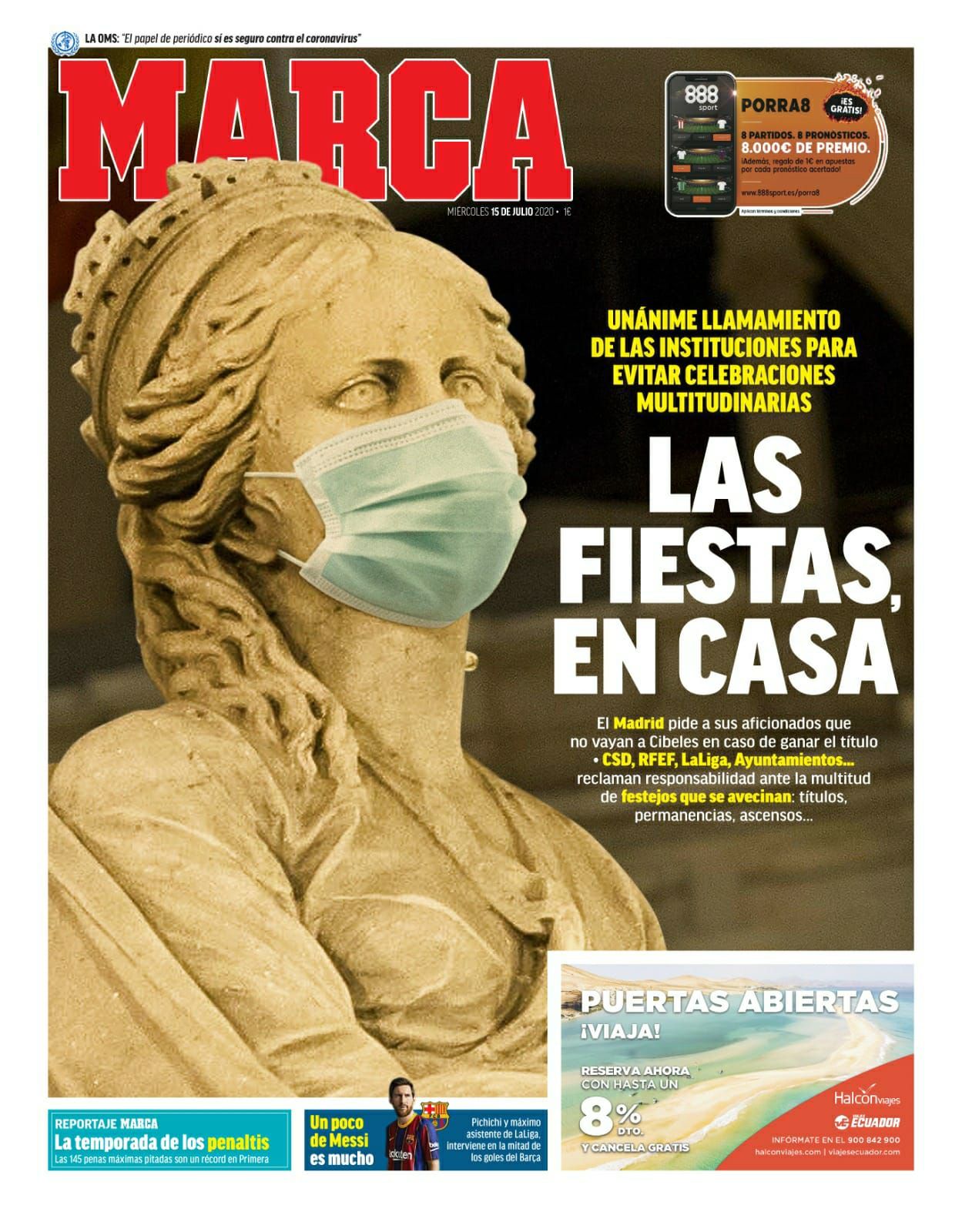 Real Madrid have called on their supporters to celebrate their La Liga title win at home, if they are confirmed as champions this week.

Zinedine Zidane’s side are just one La Liga win away from securing their first league title since 2017, and they could clinch the title at home to Villarreal on Thursday night.

However, the club have moved to act swiftly and plead with fans not to celebrate as normal at the Cibeles Fountain in Madrid city centre.

With strict social distancing measures still in place in the Spanish capital, Real Madrid have released an official statement asking fans to stay at home.

According to the front page of Wednesday’s edition of Marca, the local authority in Madrid will take responsibility for dispersing crowds from the area should they gather.

The fountain has been the scene of celebrations for Real Madrid fans for many years, however, for this year, supporters are being asked to ‘celebrate from their balconies’ in the coming days.