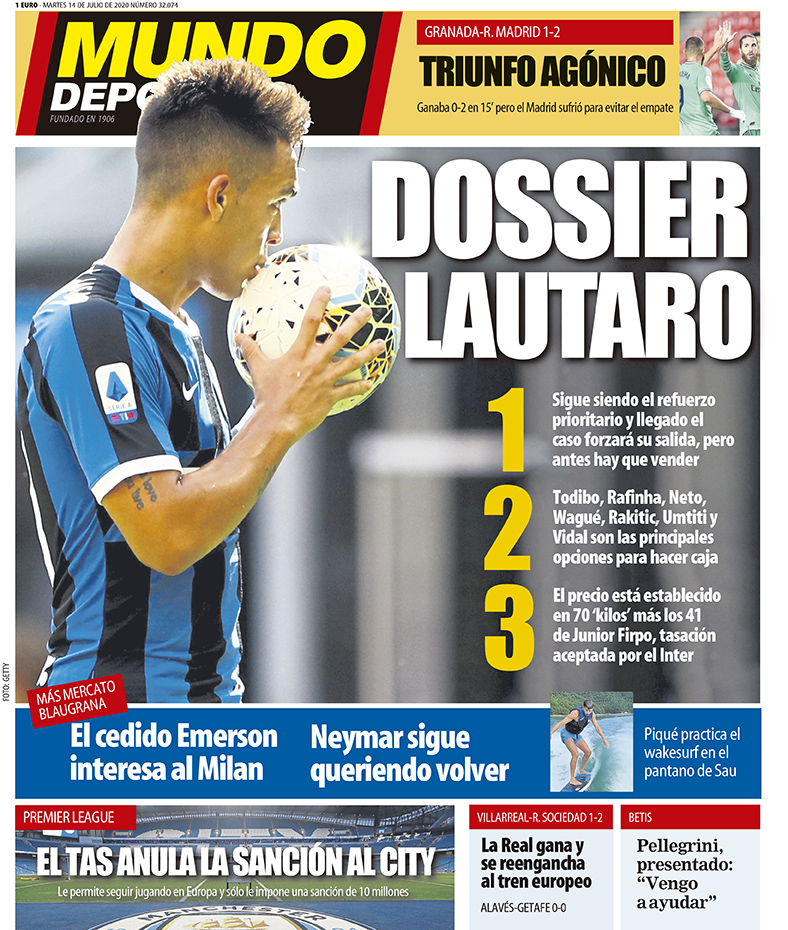 Barcelona are on course to revive their long standing transfer interest in Inter Milan striker Lautaro Martinez this summer.

Martinez has been at the centre of Barcelona transfer news since the start of 2020, as the club search for a long term successor to Luis Suarez.

However, La Blaugrana’s interest in the Argentina international looked set to end after his €111m release clause with the Italian club expired at the start of July.

Despite the change in situation, Barcelona remain keen on the 22-year old according to Tuesday’s front page of El Mundo Deportivo.

The report states Quique Setien is considering three potential options to bring Martinez to the Camp Nou this summer.

The former Real Betis boss could allow Ousmane Dembele to leave to raise funds for Martinez, or potentially push for a swap deal involving one of Arturo Vidal, Ivan Rakitic or Samuel Umtiti.

The third alternative for Setien is a player plus cash offer with Junior Firpo heading to Milan alongside a €41M transfer fee.