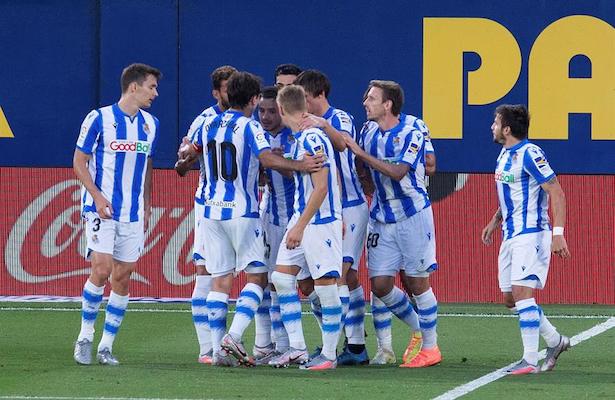 Real Sociedad have given their chances of securing European football a real boost with a vital 2-1 La Liga win away at Villarreal.

Imanol Alguacil’s side have endured a mixed run of form following their return to La Liga action, with Getafe, Sevilla and Villarreal all looking to challenge them in recent weeks.

However, three points at El Madrigal have given the Basque side a real boost in their push to secure a European place at the end of the 2020-21 campaign.

Willian Jose edged the visitors in front just after the hour mark, before defender Diego Llorente doubled their lead with 15 minutes to go.

A late goal from Santi Cazorla ensured a late scramble for La Real, but the away side held on for a vital three points in the race for the Europa League and Champions League places.

Alguacil’s side have now secured a three point cushion inside the top seven, ahead of neighbours Athletic Bilbao, with two games still to play in 2019-20.