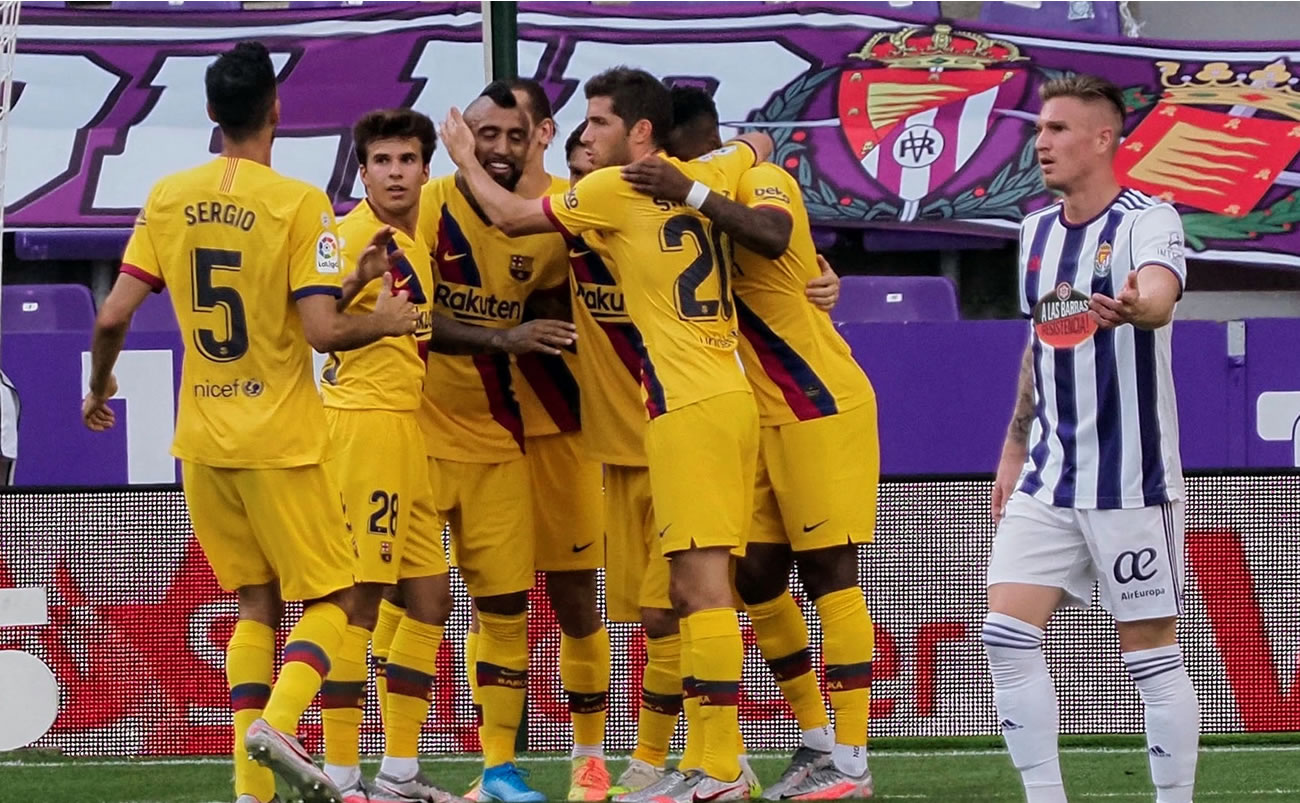 Barcelona have kept their fading La Liga title hopes alive with a battling 1-0 victory away at mid table Real Valladolid.

Quique Setien’s side have now closed the gap at the top to a single point behind leaders Real Madrid, thanks to Arturo Vidal’s first half goal.

However, Los Blancos can stretch that back to four points if they win away at Granada on Monday night.

The Catalans were far from their best at the Estadio Jose Zorrilla, with the organised hosts causing plenty of early problems.

Vidal settled the visitors nerves on 14 minutes, as he latched onto Lionel Messi’s pass and fired past Jordi Masip, but it was far from comfortable for Barcelona.

Messi with the dinked pass through, and Vidal with the clinical finish 😍

A very nice goal to put Barca in front 🔵🔴 pic.twitter.com/I2jYeKLMIU

Antoine Griezmann and Sergi Roberto both wasted good chances to score, before Kike Perez was denied by a sprawling Marc Ter Stegen just before the break.

Setien brought on Luis Suarez at half time, but the Uruguayan was unable to inject any life into the side.

It was Valladolid who created the better chances after the restart, with Ter Stegen producing a fine stop from Enes Unal, before denying late substitute Sandro Ramirez in added time.