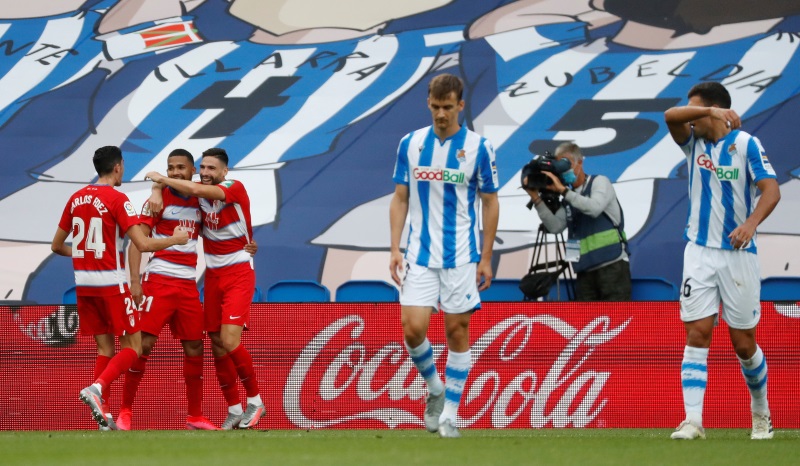 The Basque side still occupy the final Europa League spot in the division – seventh place – but are now just one point ahead of both Granada and Valencia with three rounds of action remaining, with Athletic Club Bilbao two points further back.

It was a thrilling game in San Sebastian on Friday evening as the visitors raced into a two-goal lead thanks to first half strikes from Antonio Puertas and Roberto Soldado.

La Real were made to pay for wasteful finishing throughout the game but did fight back in the second half with Mikel Merino pulling a goal back before Mikel Oyarzabal had appeared to rescue a point with seven minutes remaining.

However, there was to be more late drama as Duarte struck in the 88th minute to seal victory for the Andalusian side.