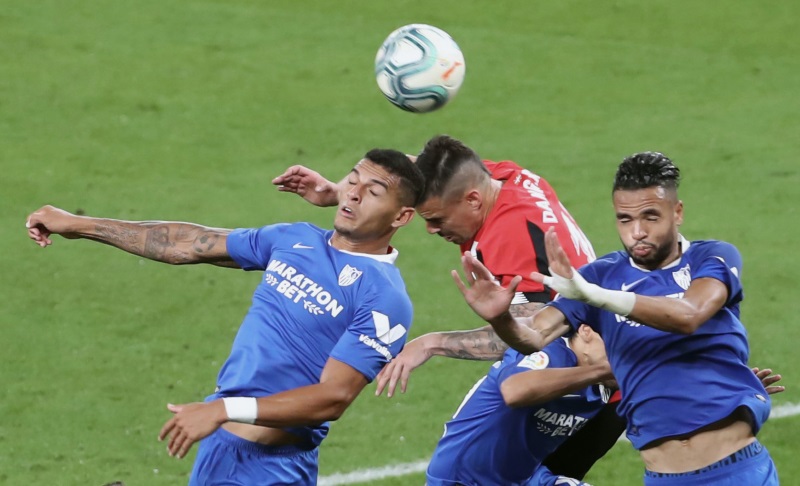 Sevilla are within touching distance of securing the final Champions League spot in La Liga following a comeback victory at Athletic Club Bilbao.

They started the match just three points above in-form Villarreal and knowing that a defeat here would leave the all-important fourth place in La Liga in the balance going into the final three rounds of matches.

The hosts took the lead just before the half-hour mark through Ander Capa but Julen Lopetegui’s side rallied and produced a stirring second half display.

Ander Capa with the breakthrough for Athletic Club! 🔴⚪

A bit of luck in how the ball broke to him, but a great finish 🙌 pic.twitter.com/Gq6ZFhhgHJ

Two goals in the space of five minutes just after the midway point turned the game – Ever Banega struck the equaliser before substitute Munir El-Haddadi struck the winner in the 74th minute.

Sevilla fans will savour these moments with the Argentine rumoured to be on the move at the end of the season ⚪🔴 pic.twitter.com/XSYRuciS5l

Sevilla will secure a top four spot if they defeat relegation-threatened Real Mallorca on Sunday and Villarreal subsequently drop points against Real Sociedad on Monday.

The result leaves Athletic Club in ninth place, in a blow to their hopes of securing a Europa League qualification spot.