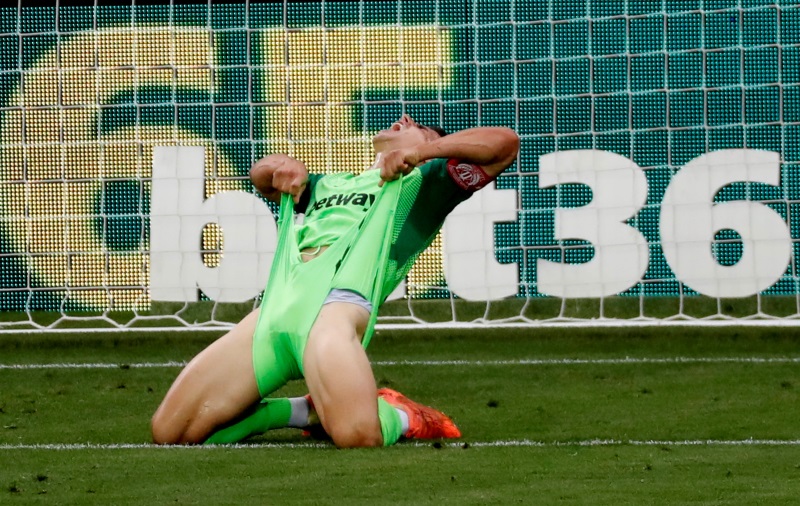 Leganes are on the verge of being relegated from La Liga after being held to a scoreless draw at fellow strugglers Eibar on Thursday evening.

The result leaves Javier Aguirre’s side six points from safety with just three rounds of action remaining and they now require a minor miracle to retain their top-flight status, which they have held since their first ever promotion in 2016.

The scoreless encounter also did few favours to the hosts, who move up two places to 15th on 36 points and above Celta Vigo (36) and Alaves (35), but Real Mallorca’s victory over Levante brings Vicente Moreno’s side up to 32 points to throw the relegation battle wide open.

Safe to say tensions are running high in the crucial relegation clash at Ipurúa! 😬

No goals at half time but emotions running really high as Leganes fight for survival and Eibar work to stay out of the drop zone 👀 pic.twitter.com/JFq6EpXu9O

Leganes enjoyed the majority of the chances throughout the game but as has been the case throughout the season, they were blunt in the final third – they have scored just 25 goals in 35 La Liga games and star player Oscar Rodriguez, on loan from Real Madrid, missed out through injury.

Lega will be relegated if they lost at home to Valencia next time out.