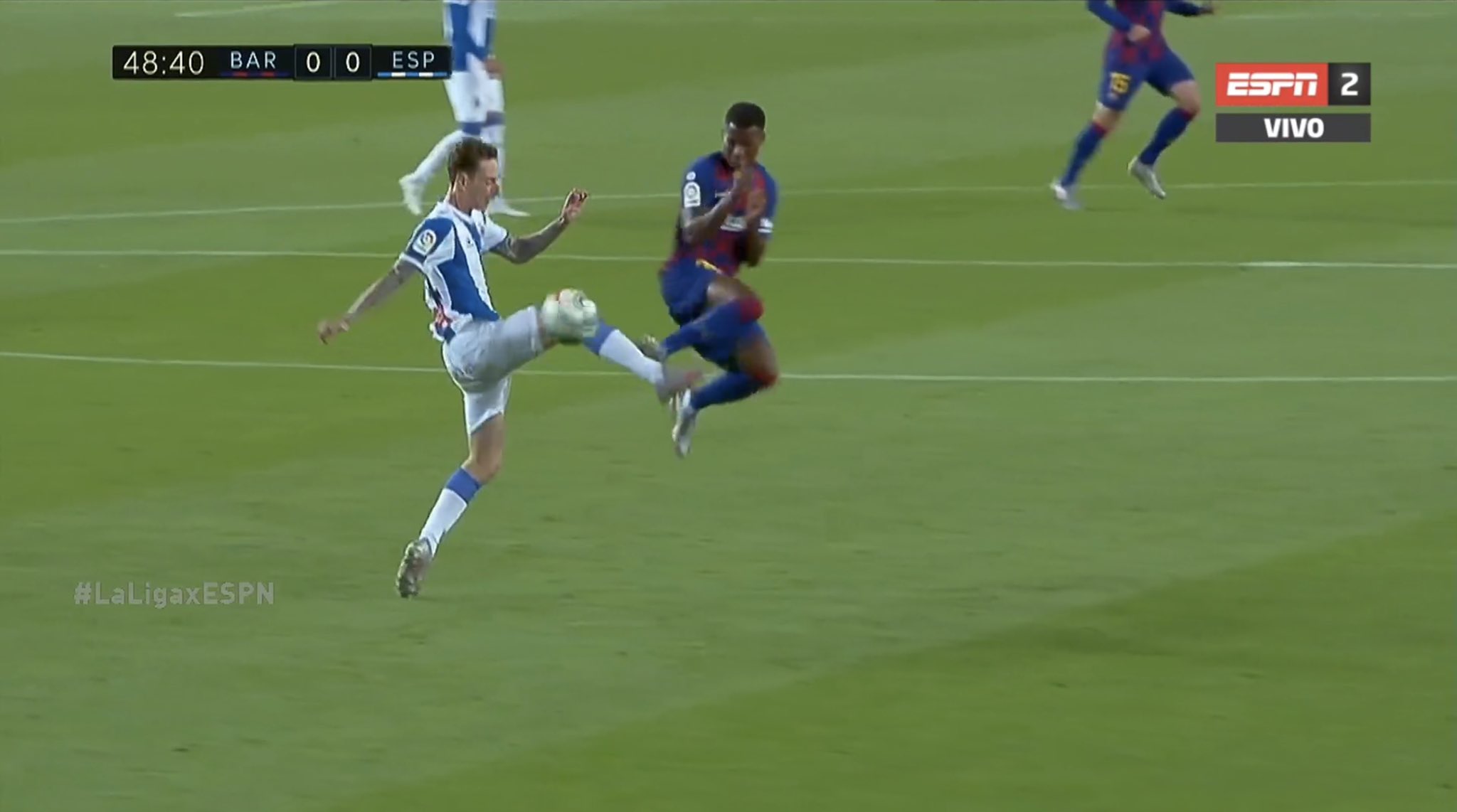 Barcelona and Espanyol are both down to ten men after a crazy start to the second half, with Ansu Fati and Pol Lozano sent off.

Fati was brought on as a second half substitute by Quique Setien, but his night lasted just five minutes before being shown a red card for a high foot on Fernando Calero.

Referee Jose Luis Montero originally chose to issue a yellow card, but following a quick VAR check he upgraded to a red for dangerous play.

Ansu Fati sent off less than five minutes after coming on! 🔴

A big blow for Barcelona and a real opportunity for Espanyol to grab a famous result? 👀

Well, just a couple of minutes later…Espanyol's Pol Lozano was also given a straight red after VAR review 😱 pic.twitter.com/SwapHCiSvZ

However, in a bizarre twist, Espanyol’s man advantage lasted just three minutes, as midfielder Pol Lozano was dismissed for a late tackle on Gerard Pique.

Just as was the case with Fati, Montero firstly showed a yellow card, but after sustained Barcelona protests and a VAR consultation he produced a red to Lozano, on his first La Liga start.

The home side have been far from their best against their Catalan neighbours, but Luis Suarez has edged them in front from close range, after Lionel Messi’s effort was blocked.