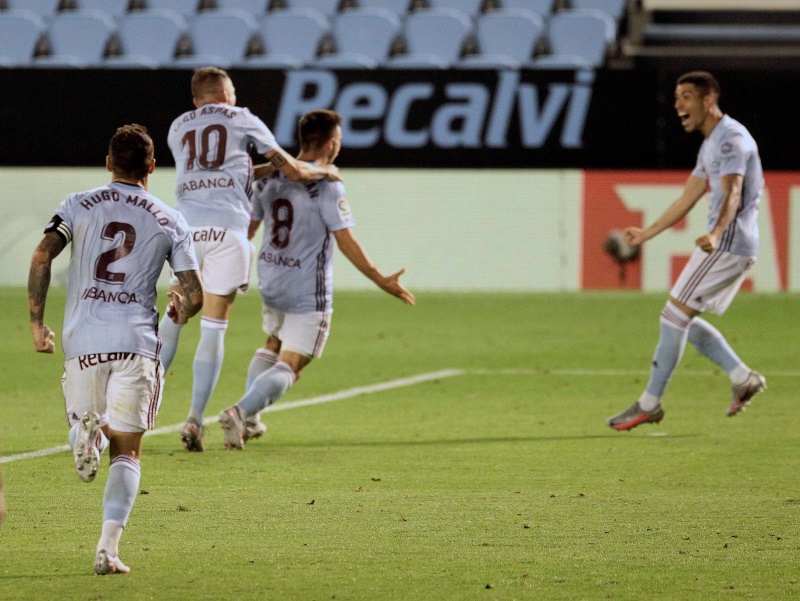 Celta Vigo earned a valuable point in their battle against relegation by holding Atletico Madrid to a 1-1 draw on Tuesday night.

Alvaro Morata gave Diego Simeone’s side the lead inside the opening minute but Celta equalised minutes after the breakthrough a Fran Beltran strike.

Atleti took the lead after 51 minutes with a worked move down the right-flank with Santiago Arias finding Angel Correa whose delivery found Morata to fire home.

Talk about a fast start! ⚡

Atleti lead through a Morata tap-in after just 51 seconds 🔴⚪ pic.twitter.com/cQpgrBC0Ss

However, midfielder Beltran levelled things up four minutes into the second half with a lobbed finish over Atleti goalkeeper Jan Oblak, although how much the Celta player knew is in question.

Celta have now moved up two places to 15th and are seven points clear of the relegation zone, although 18th-placed Real Mallorca are still to play in this matchday.

The Galician side have remarkably picked up at least a point against every side in the top ten this season, while this result means Atleti stay third.