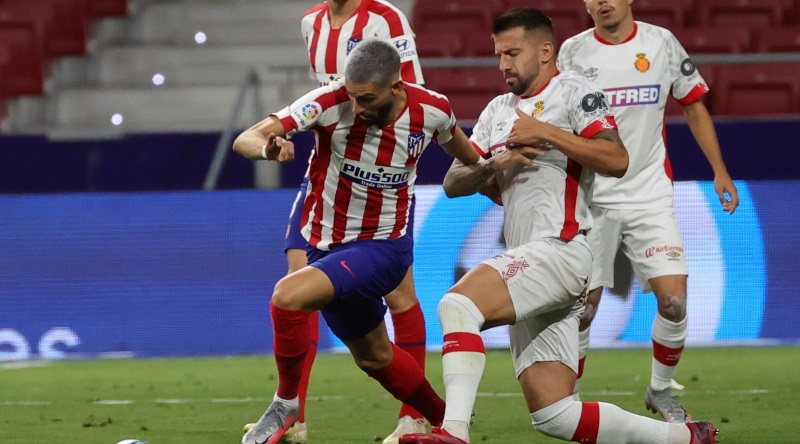 Atletico Madrid stretched their unbeaten run in all competitions to 14 games with a three-goal triumph over relegation-threatened Real Mallorca.

Alvaro Morata’s penalty opened the scoring just before the half-hour mark – Mallorca goalkeeper Manolo Reina had saved the first attempt but it was retaken due to encroachment in the area.

Spain international Morata doubled the lead just before half-time and Koke wrapped up the points with his effort in the 79th minute.

Youngster Kubo looks like a future star… soon to be back at @realmadriden? 💎🇯🇵

It is the sixth win in seven for Diego Simeone’s side – and followed Tuesday night’s 2-2 draw at the Camp Nou against Barcelona – to consolidate their position in third place, with the side firmly on course for Champions League qualification next season.

It is a significant setback from Mallorca, who remain five points from safety and now have just four games remaining.

Vicente Moreno’s side had given themselves hope with a 5-1 triumph over 17th-placed Celta Vigo this week but their hopes of survival appear increasingly slim.