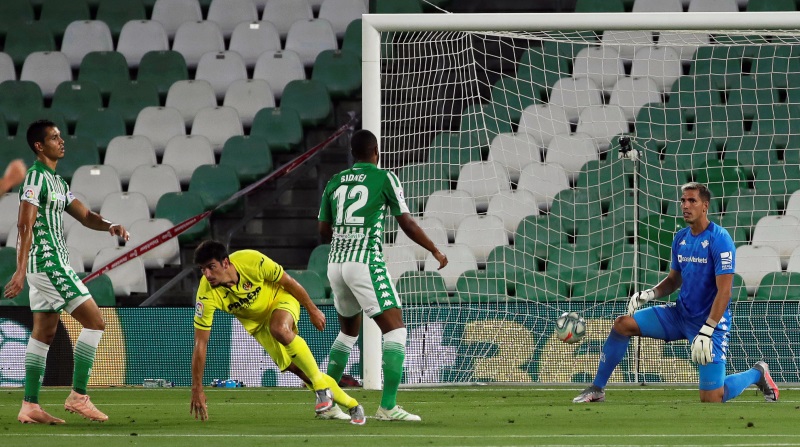 Villarreal close in on Champions League spots with win at Betis

Villarreal moved to within three points of Sevilla and the top four in La Liga with a comfortable win at 10-man Betis on Wednesday.

Gerard Moreno struck twice within the opening half-hour to put the Yellow Submarine on course for the three points, with Betis reduced to ten men on the stroke of half time as Nabil Fekir was sent-off.

Gerard Moreno is on top form! 🔥

The result of the game was never in doubt and was in truth hugely one-sided throughout with Marc Bartra conceding a needless penalty in the seventh minute with a foul on Carlos Bacca.

Moreno made no mistake from the spot and doubled the lead 23 minutes later with a composed finish after a neat swivel and turn past Betis defender Sidnei.

It was another limp showing from the hosts, who sacked boss Rubi last week and with sporting director Alexis Trujillo as interim coach until the end of the season.

It continued Villarreal’s remarkable resurgence in results – they have now collected 16 points from six games since the resumption of Spanish football last month, and host title-chasing Barcelona on Sunday.