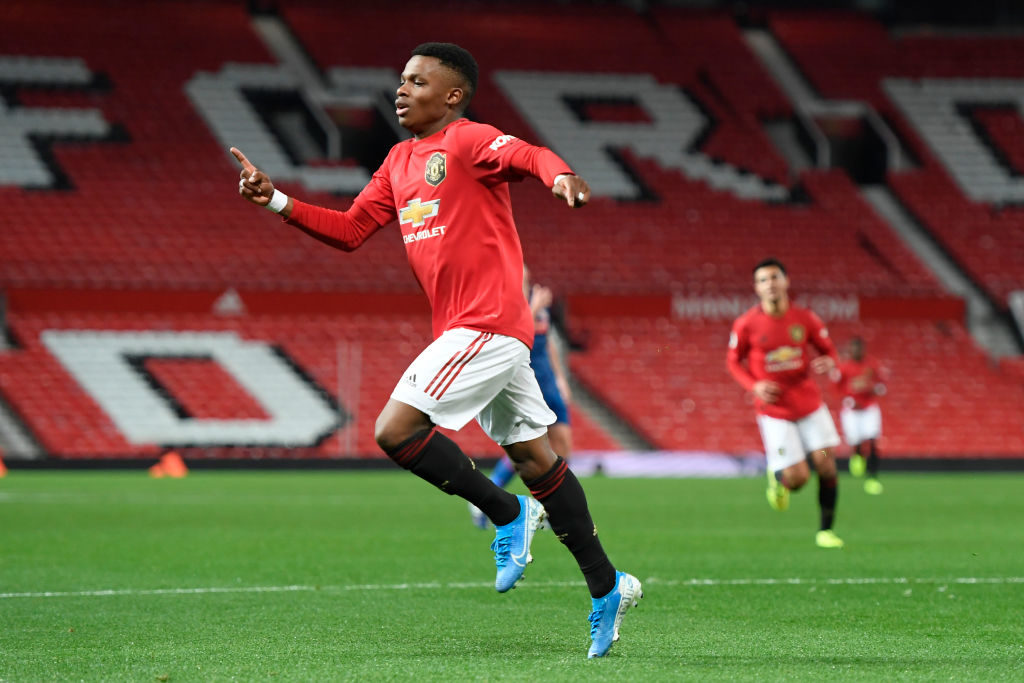 Ramazani netted nine goals in 13 appearances in Premier League 2 for the Red Devils this season and despite being offered a new deal by the club, sought an exit for first-team opportunities elsewhere – making just one appearance for United this season – against Astana in the Europa League in November.

The 19-year-old spent three years at Old Trafford after joining from Anderlecht, with Belgian outlet HLN now claiming the player will join the Andalusian club at the end of the current season.

Largie Ramazani is very close to joining Spanish club UD Almería. The Belgian winger (19) rejected a new deal at Manchester United and was released. He made his debut for #MUFC in the Europa League in November, against Astana. pic.twitter.com/5f7MO4Vpid

Almeria currently sit third in Spain’s Segunda division and are hopeful of an automatic promotion push back to La Liga.

Almeria have the biggest budget in the division but currently trail league leaders Cadiz and Real Zaragoza in the standings, going into the final month of action.