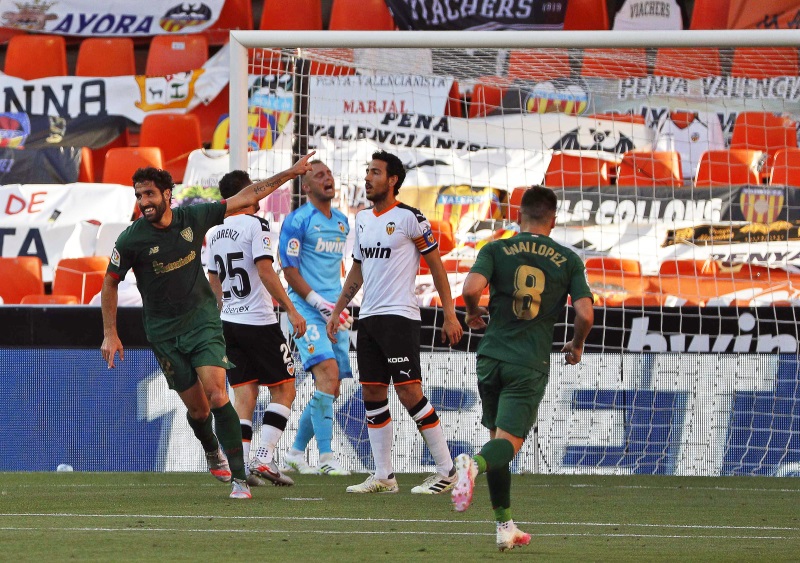 Raul Garcia netted a goal in each half to secure the points for Athletic in what was just their third victory away from their San Mames home all season.

Garcia is now up to 13 La Liga goals this campaign – the joint highest for any Spanish player in the division.

Athletic have now lost just one of their last eight matches in La Liga – a narrow defeat at Barcelona – and have picked up 17 points in that timeframe, to revive their outside hopes of a European finish.

It continued a miserable week for Los Che – who have now lost four of their last five games and picked up just four points from a possible 18 – who dismissed boss Albert Celades on Monday following the 2-0 loss at Villarreal at the weekend.

This was the first game back in the hotseat for Voro – who is now in his sixth managerial stint at the Mestalla and is an interim appointment until the end of the season.

The defeat sees Valencia slip two places to 10th in the standings – leapfrogged by both Athletic and Granada, who won at Alaves on Wednesday – and who are now 11 points from a top four spot with just five rounds of action remaining in the campaign.