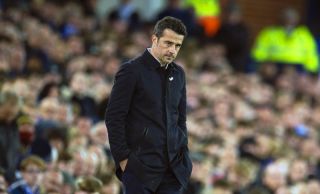 Former Everton boss Marco Silva is on the shortlist at Valencia to fill their managerial vacancy, report Onda Cero.

The Portuguese manager has been out of work since his sacking from Everton in December – having previously held stints at Hull City and Watford in the Premier League, while he was reportedly on Valencia’s managerial shortlist back in 2016.

Silva came to prominence in his native Portugal by guiding Estoril into European football, preceding stints at the helm of Sporting CP and Olympiakos before initially moving to England in the 2016/17 season.

Deporte Valenciano claims that under names under consideration are Ernesto Valverde – although this appears to be unlikely – and Quique Sanchez Flores, but his recent stints at Espanyol and Watford have seen his stock fall.

Los Che confirmed the exit of Celades on Monday evening after a run of just two wins from 13 in all competitions, seeing the club slip to eighth in La Liga and eight points from the Champions League qualification places.