The tensions at Barcelona are becoming increasingly evident with both Antoine Griezmann’s brother and father posting critical messages of Quique Setien, as cited by Diario AS.

Antoine’s brother Theo posted tweets – which were swiftly deleted -claiming “I feel like crying, seriously” and then added “two minutes…” in reference to the forward only being used as a late substitute by Setien in Barcelona’s draw against Atletico Madrid on Tuesday.

The fixture was billed as a ‘must win’ game for the Blaugrana and leaves them one point from league leaders Real Madrid, who now also have a game in hand over their El Clasico rivals in the title race.

The game had particular significance for Griezmann, who exited Los Rojiblancos a year ago when his €120m release clause was matched by the Catalan giants.

It adds pressure on Barcelona boss Setien – who has now overseen three draws in the last four La Liga matches – with Griezmann’s father publicly hinting that the former Real Betis boss is not in control at the Camp Nou.

“To issue an apology you need to have the keys of the lorry and he does not, because he is simply a passenger,” father Alain said of Setien.

Antoine Griezmann, 29, has netted 14 goals in 43 appearances for Barcelona this season but appears to be ill-suited to their 4-3-3 formation and he did not start in the recent games against Sevilla and Celta Vigo, prior to Tuesday’s clash.

Atletico Madrid boss Diego Simeone was asked to comment on the Griezmann situation (not starting) against his side on Tuesday, and Marca cite him as replying that he was “without words.” 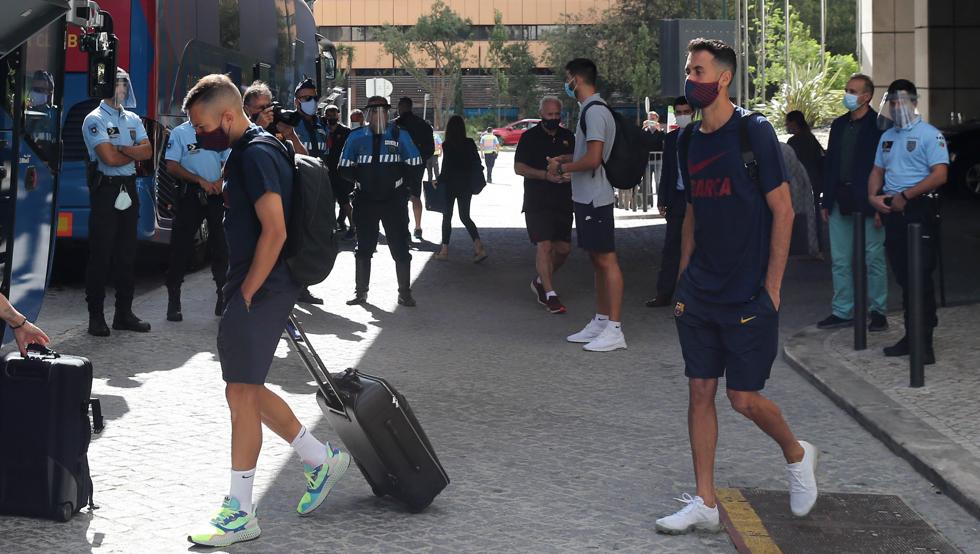