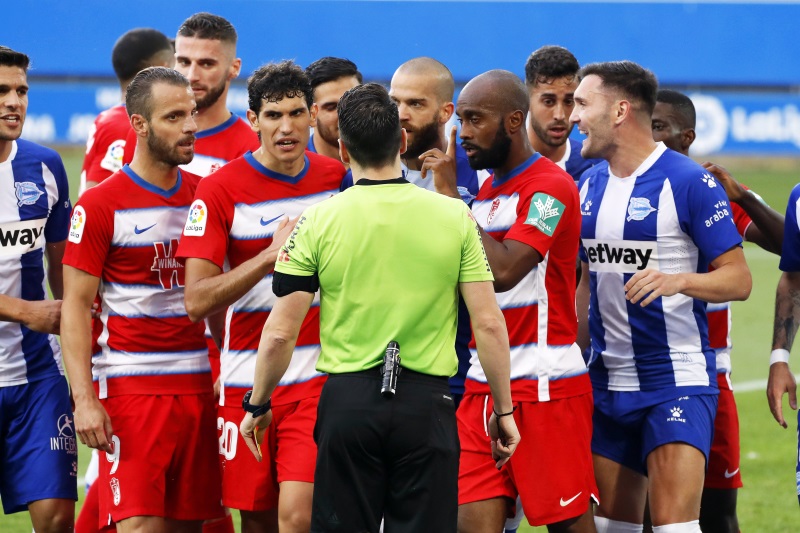 Alaves will continue to look nervously over their shoulders in La Liga after slipping to their fifth defeat in six with a loss at home to Granada.

Antonin Cortes opened the scoring for the Andalusian side in the 25th minute before striker Roberto Soldado added a second five minutes after the break to seal the points.

The result leaves Alaves 16th in the standings and just six points clear of Real Mallorca and the relegation zone, following the Islanders 5-1 win over Celta on Tuesday.

Alaves will be worried partly because of their own run of form but also due to their tough run-in over their final five fixtures of the season.

Asier Garitano’s side still have to take on both Real Madrid and Barcelona, while they also face a game against Champions League chasing Getafe along with tricky trips to Valladolid and Real Betis.

The result moves Granada into ninth and above Valencia, who lost at home to Athletic Club Bilbao on Wednesday.