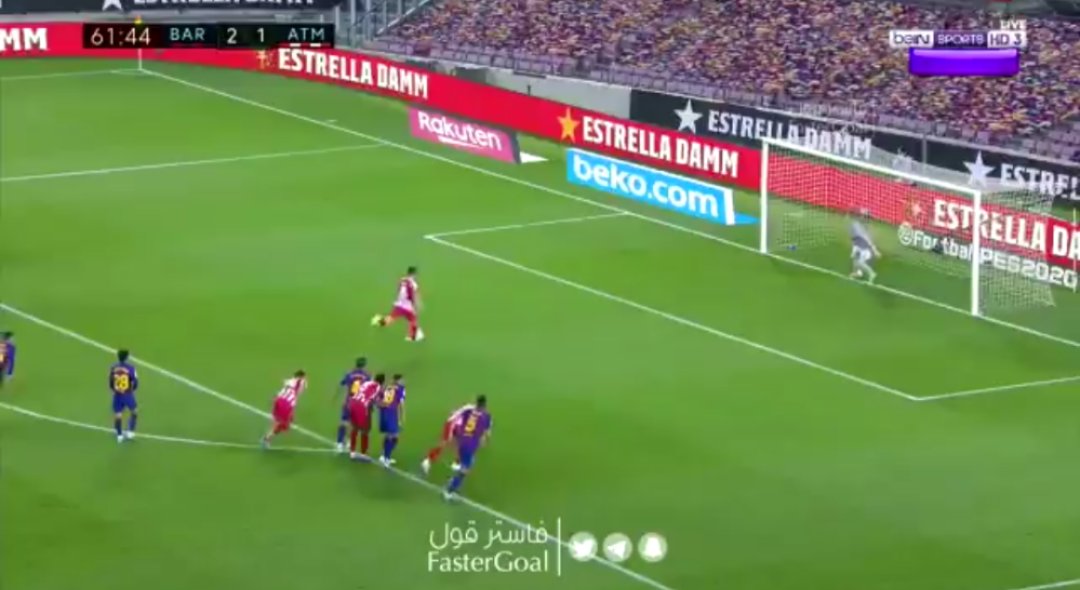 Atletico Madrid midfielder Saul Niguez has scored his second penalty of the night to level things at 2-2, in a crazy La Liga battle at Barcelona.

The Spanish international tucked home his second spot kick , on 62 minutes, as Yannick Carrasco was brought down inside the area by Barcelona’s Nelson Semedo.

Niguez scored his first equaliser, from the spot on 19 minutes, in bizarre circumstances, as Diego Costa’s own goal gave La Blaugrana an 11th minute lead in Catalonia.

Costa missed from the spot, after Carrasco was fouled by Arturo Vidal, but after Marc Ter Stegen was penalised for coming off his line too early, and Niguez buried the retaken penalty.

Lionel Messi reestablished Barcelona’s lead just after the break, through another penalty, as Semedo was clipped by Felipe Monteiro on 50 minutes.

The Argentinian’s panenka spot kick evaded Atletico keeper Jan Oblak, as the 33-year old made it 700 career goals for club and country.