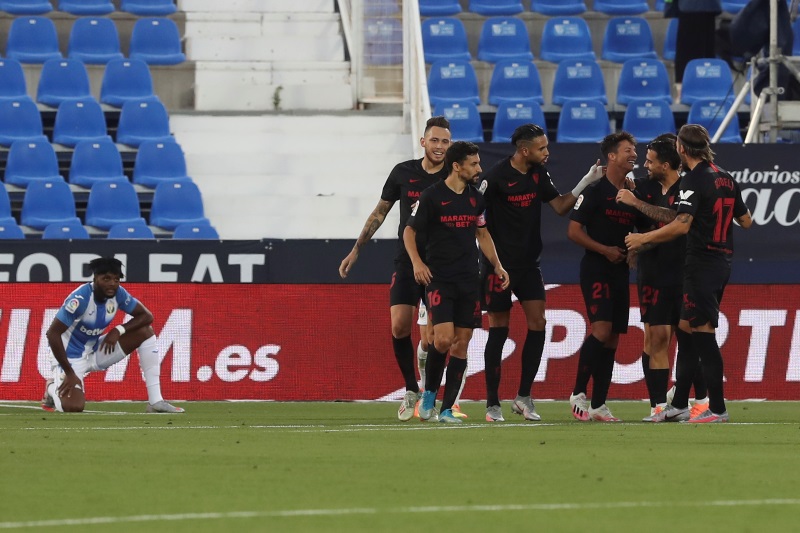 A first half double from midfielder Oliver Torres steered Sevilla towards a comfortable three-goal victory at Leganes.

Torres struck twice in a 12-minute spell in the opening period to put Julen Lopetegui’s side in full control of the game at Butarque before Munir El Haddadi added a third late on.

The result opened up a five-point gap between Sevilla and the chasing pack, albeit Getafe (52 points) and Villarreal (51) both have a game in hand and will still harbour hopes of a top-four finish.

For Leganes, this was another result which pushed them closer to their seemingly inevitable relegation and an end to their four-season stint in the top-flight.

Javier Aguirre’s side remain just one place and one point above basement side Espanyol but are a significant nine points from safety which just five rounds of action remaining.

Leganes are now without a win in six La Liga games with their next game being a trip to fellow strugglers Espanyol.