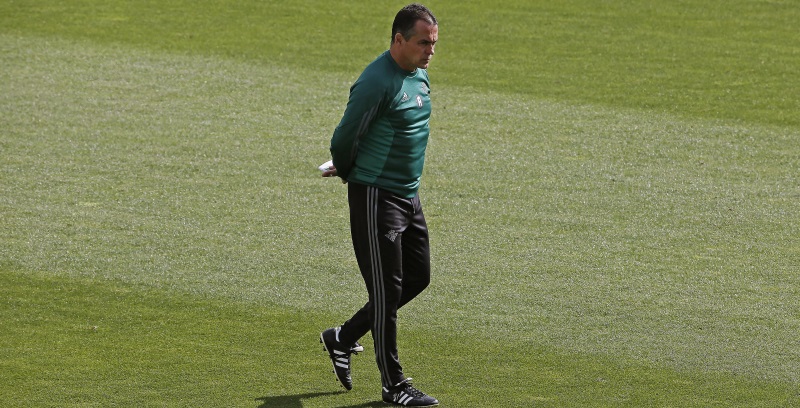 Real Betis are in advanced talks to appoint their new permanent boss, according to interim coach Alexis Trujillo.

The Seville-based club are currently without a permanent Coach following the sacking of Rubi just over a week ago, with sporting director Trujillo filling the position on an interim basis until the end of the season.

As outlined by Estadio Deportivo earlier this month, former Watford boss Javi Gracia and Manuel Pellegrini were said to be in the running for the job at the Benito Villamarin, with former Valencia boss Marcelino Garcia Toral also in the frame.

A sensational report in El Desmarque now suggests Betis vice-president José Miguel López Catalán is championing the idea of reappointing Quique Setien – currently at Barcelona after leaving Betis a year ago – as boss this summer.

Setien left his position at Betis after two seasons last summer and was appointed Barcelona boss in January to replace Ernesto Valverde.

There is said to be a growing belief that he will part way with the Blaugrana at the end of the season and his return to Los Verdiblancos could be welcomed by their players.

Trujillo avoided naming specific individuals linked to the club, in quotes cited by ABC de Sevilla: “There are names that we believe may be important and the ideal person for training the team, after analysing many aspects. We are looking for the profile that is the most appropriate for us so that they can get the maximum performance from the team next season.

“Obviously, there are many aspects you need to consider, who would be the best fit for the style of play, for the players, for the club.”

Trujillo was then pressed on the possible return of Setien from Barcelona: “We are working on choosing the coach who will comply with everything we have said before. Right now I think about how to stop Gerard Moreno, Paco Alcácer (in the league game against Villarreal). We are in 13th place and I would like to finish in the highest position possible.”