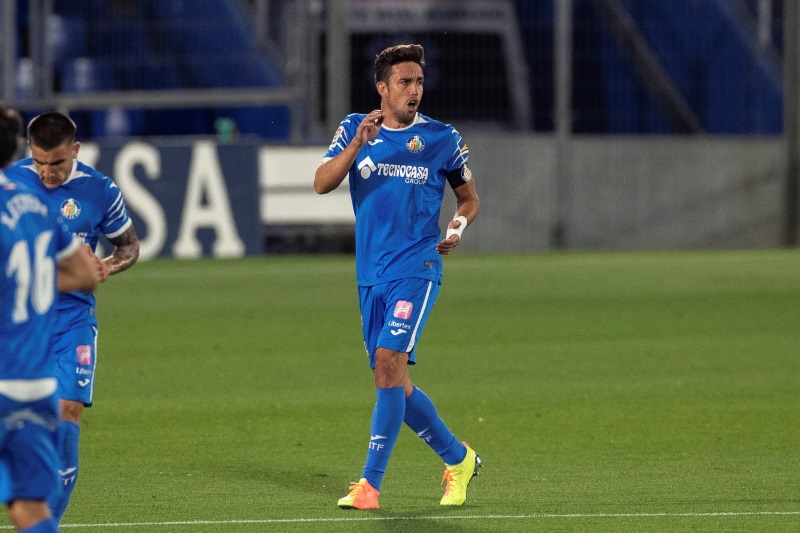 Jaime Mata’s double ended a five-game winless run for Getafe to help them defeat Real Sociedad and move to within two points of the Champions League places.

Mata gave Los Azulones the lead from the penalty spot in the 20th minute following a controversial refereeing decision, with Getafe’s Hugo Duro appearing to be the offender in the challenge with La Real defender Robin Le Normand.

But Real Sociedad only have themselves to blame after this mix-up at the back led to Le Normand giving it away 😬 pic.twitter.com/GF6qMssg1x

Adnan Januzaj levelled the scoreline for the visitors ten minutes after the break after breaking Getafe’s offside trap before finding the net.

Adnan Januzaj has Real Sociedad back on level terms with a cool finish! 🔵⚪

However, Mata won the points late on with an opportunistic finish after the visitors fell asleep defensively from a throw-in and Mata snuck in with the finish from a tight angle, although Real Sociedad goalkeeper Alex Remiro should have done better.

Mata with what looks likely to be a late winner for Getafe! 😱

Real Sociedad fall asleep at the back again, and the striker pounces for his second of the night 😴 pic.twitter.com/bDmfNb6w6z

Real Sociedad have now slipped to seventh and are without a win in any of their five matches since Spanish football’s restart earlier this month.

Getafe rise to fifth place and are now within two points of Sevilla and the all-important final Champions League qualification place.