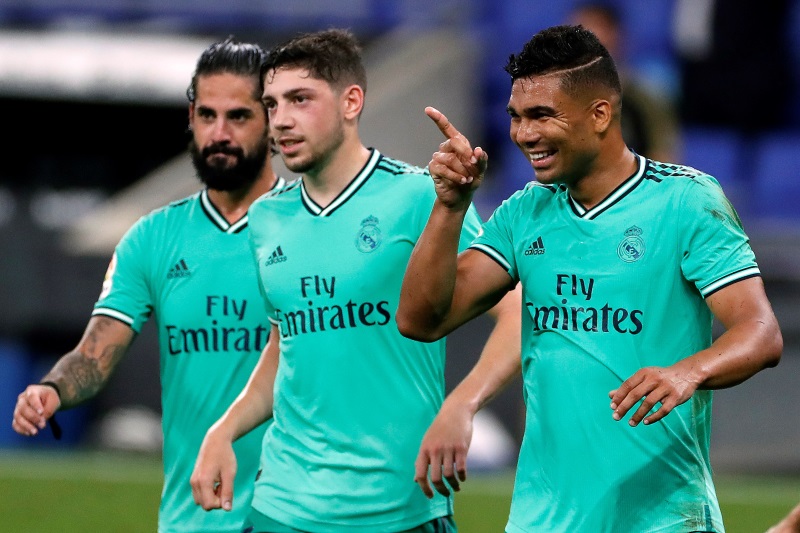 Real Madrid moved two points clear of Barcelona in the title race in La Liga after a hard-fought victory at basement club Espanyol on Sunday night.

Casemiro’s strike moments before the break was enough to separate the sides and ensure Madrid continued their winning run in the division, which now stands at five games.

Just a casual backheel assist from Benzema, no big deal! 😍

Casemiro finishes and Madrid lead just before half time ⚪ pic.twitter.com/Vjhtl8ETbe

Zinedine Zidane’s side entered the matchday weekend top of the table courtesy of their head-to-head record over Barcelona, but the Blaugrana dropped two points at Celta Vigo on Saturday to allow Madrid to create breathing room.

The result means Espanyol stay at the foot of the table and relegation now feels inevitable – they are 10 points adrift of safety with just six rounds of action remaining.

The club’s sporting director Rufete was in the home dugout at the RCDE Stadium – the club’s fourth Coach of the campaign – following the surprise sacking of Abelardo Fernandez on Saturday.

Espanyol have been an ever-present in La Liga since 1994.