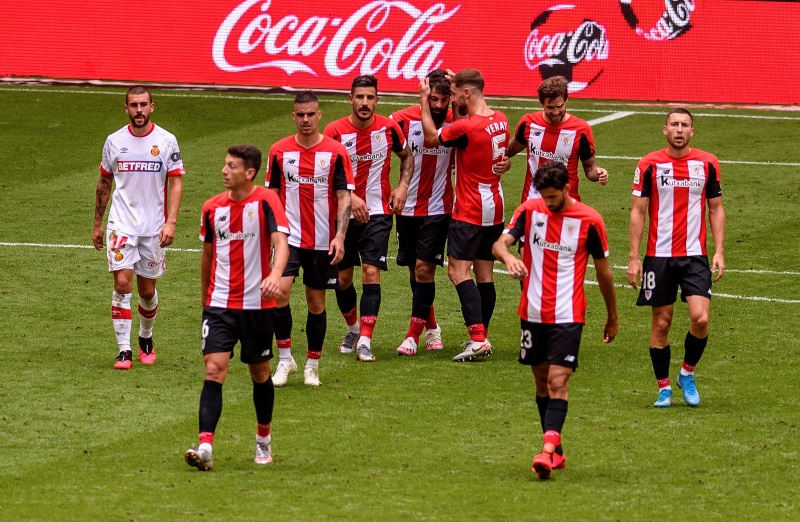 Raul Garcia’s penalty gave the Basque club an early lead before Oihan Sancet doubled their lead midway through the first half.

Sancet finishes off a beautiful move to make it 2-0 👏

Ante Budimir’s penalty with 20 minutes remaining gave the visitors hope of an unlikely comeback but those dreams were dashed when Asier Villalibre restored Athletic’s cushion in stoppage time.

Budimir gives Mallorca a lifeline from the spot 👀

Are we in for some late drama at San Mames? 🤔 pic.twitter.com/kB9l1X64Fv

The result means Mallorca have picked up just one point from five games since La Liga resumed earlier this month and they remain six points adrift of Eibar, in 17th, who travel to Granada on Sunday.

The result continued Mallorca’s miserable away record – they have picked up just one victory and five points from 16 matches on the road this campaign.

Athletic Club – who have lost just one of their last seven in the league – remain ninth but are just three points from a top six position.