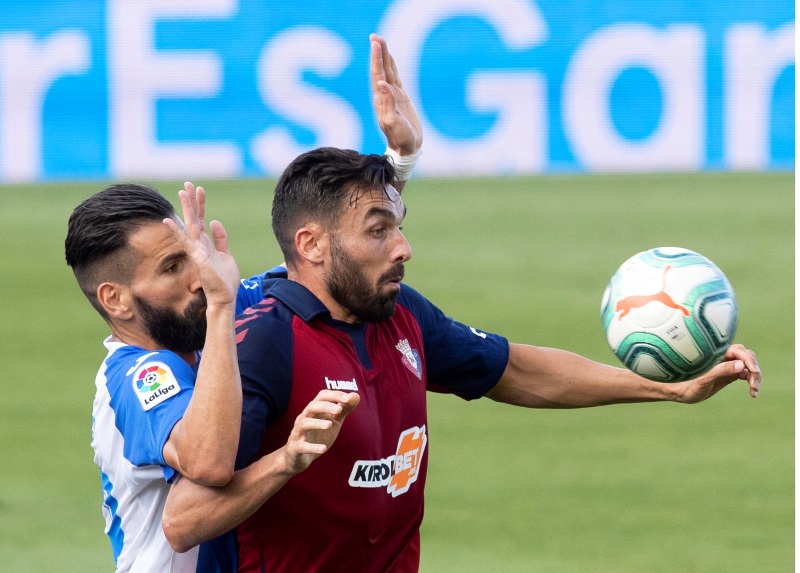 Striker Gallego – a January arrival at El Sadar from Getafe – had not found the net all season for either club but he starred in this game with both of Osasuna’s goals.

He opened the scoring in spectacular fashion in the ninth minute with an overhead kick from Fran Merida’s cross.

Enric Gallego with the acrobatics! 😱

What a way to score his first Osasuna goal 👏 pic.twitter.com/WhMzfGNrKg

Leganes – who started the matchday second from bottom in the division and seven points from safety – hit back in the second half with an astonishing long-range strike from Javier Aviles, his first senior goal for the club.

He won’t score many better than that one 😍 pic.twitter.com/6lFmkqC3vI

Yet it was Gallego who had the final saw as he found the net in the sixth minute of added time at the end to break Leganes hearts and deepen their relegation woe – they are now without a win in five games in the division.

Osasuna move up to 11th with the win.