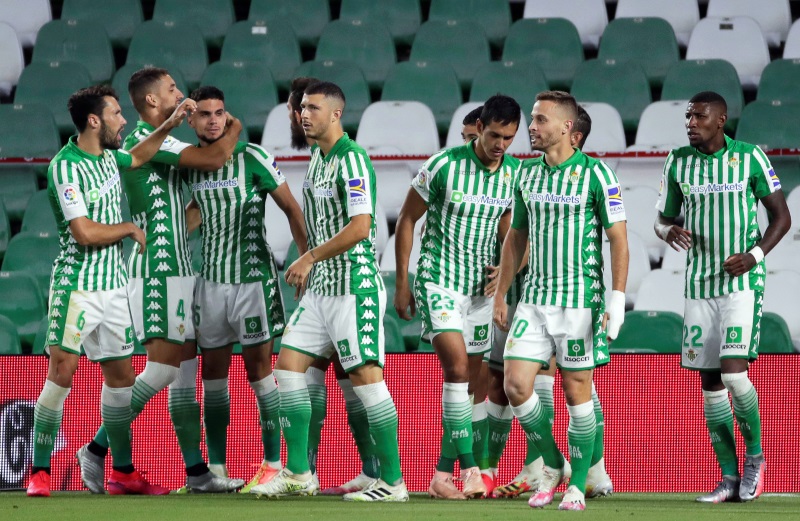 Espanyol remain at the foot of La Liga and are now deeper in the relegation mire after falling to a 1-0 loss at Real Betis on Thursday night.

Coupled with Eibar’s 1-0 win against Valencia earlier in the evening, the result leaves the Catalan club eight points adrift of safety with just seven matches in the campaign remaining.

Marc Bartra’s header from a Sergio Canales corner was enough to settle the game and secure the points for a Betis side managed by Alexis Trujillo – the club’s sporting director who has temporarily filled the position following Rubi’s dismissal earlier this week.

Bartra heads Betis into the lead! 💚⚪

It was a quiet first half, but the home team get off to a perfect start in the second half 👏 pic.twitter.com/J8gphg1TxG

It was a first win in four for Betis since Spanish football resumed earlier this month after the coronavirus pandemic and lifts them up to 13th spot in the table.

Now 11 points clear of the drop zone, the faint fears that Los Verdiblancos could get relegated this campaign have now dissipated.

Espanyol were second best throughout the encounter but striker Wu Lei missed a glorious chance to earn a draw late on as he was denied by a point-blank save from Joel Robles.

Abelardo Fernandez’s side remain one point adrift of Leganes at the basement and two points from Mallorca.

Espanyol’s 26-year stint in the top-flight of Spanish football now appears to be in its closing stages – and they host Real Madrid at the RCDE Stadium in their next game.