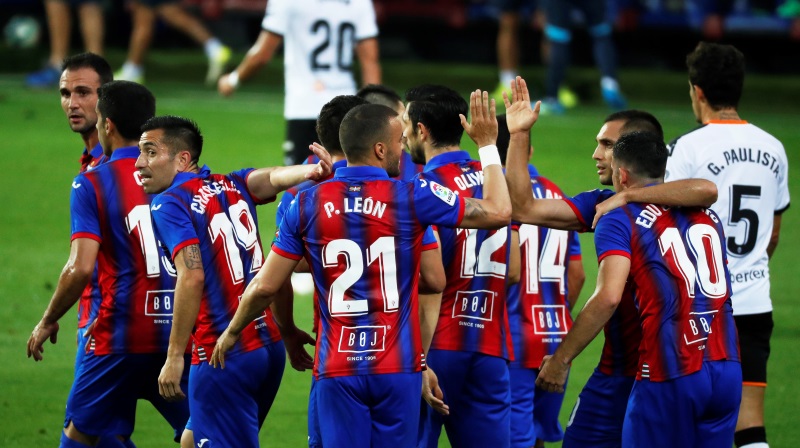 Eibar secured a huge victory at home to Valencia on Thursday evening to move six points clear of the relegation zone in La Liga.

The game was decided by Geoffrey Kondogbia’s own goal in the 17th minute – the central midfielder inadvertently firing past Jasper Cillessen following a defensive mix-up from an Eibar corner.

An early goal for Eibar and big celebrations to go with it! 👏

The Kondogbia own goal has Valencia trailing, and could prove vital for the hosts survival hopes 👀 pic.twitter.com/5PSE9G45KI

Indeed Valencia only stayed in the game due to the performance of Dutch goalkeeper Cillessen, who produced fine stops from Jose Angel’s free-kick and also a superb stop to stop Sergi Enrich’s header doubling the Eibar advantage.

The Valencia keeper ensured that his team are still in this game 🦇 pic.twitter.com/owMKIWrqSR

The Basque club were on top for most of the game – Valencia having the lion’s share of possession but the hosts creating all the main opportunities and seven of the eight efforts on target throughout the match were from Jose Mendilibar’s team.

Valencia remain eighth in the standings and they are now seven points off fourth-placed Sevilla with just seven matches remaining, as their Champions League hopes appear to evaporate.

Eibar remain 17th but crucially are six points clear of Mallorca (26), while Leganes (25) and Espanyol (24 – but who play Real Betis on Thursday night) languish further back.