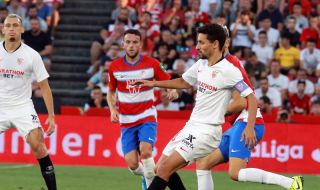 My experience of Spanish football was love at first sight

It was late summer and the air was thick with heat and anticipation. Granada had returned to La Liga and their first game back at Los Cármenes was an Andalusian derby. Sevilla, the regional powerhouse, were in town, and they had bought a legion of supporters with them.

I had spent the summer in Spain, working on farms throughout Andalusia to improve my Spanish and experience everything the region had to offer. I quickly learned that Andalusia contained multitudes, and that the character of each of its provinces differed subtly. “The Andalusia of legend is an undulating expanse of corn fields and olive groves divided up into a small number of large estates,” explained John Hooper in The New Spaniards.

“That is indeed true of the more northerly and westerly of the eight provinces that make up the region — Huelva, Cádiz, Seville, Córdoba, and Jaén. But Malaga and Granada are hilly — and, in parts, even mountainous — provinces where smallholding has always been the rule rather than the exception. As for Almería, much of it is as barren as the Sahara.”

Granada had been relegated from La Liga in 2017, finishing bottom with just 20 points. They consolidated the following season, finishing tenth in the Segunda, before gaining promotion in 2019 to regain their place at Spanish football’s top table. Sevilla, on the other hand, were regularly competing in European competition, and under the stewardship of Julien Lopetegui, rebuilding his reputation after his unfortunate experiences with the national team and Real Madrid, appeared intent on returning his new club to the Champions League.

I was going to the game with Fintan and Chris, two New Zealanders that were staying at my hostel. Los Cármenes was south of the city centre so we set off on foot, stopping for cañas in every bar we passed to ensure that we absorbed the local culture. It was my last night in Spain — I would be returning to Ireland in the morning — so I was intent on making it one to remember.

Granada and Sevilla both wear red and white, so the streets were thronged in unison colour by the time we neared the stadium. I had visited Seville earlier that summer and it had stolen my heart, and its travelling support only reinforced love for the city and its people. One farmer I had worked for, from Granada but living in a small village in Jaén, explained the difference between his people and their counterparts from Seville. “Granadinos are more level-headed, more thoughtful,” he explained. “In Seville, things are more intense. They live for the moment, and they live it in full-blood.”

They had travelled in large numbers, uncommon in Spanish football, and were loud in voice. We were adopted by one group outside a bar just across from the stadium, and by the time kick-off neared we felt Sevillista to the core. That’s the magic of football — we had no profound connection to the club or the city, but that evening it didn’t matter. We were behind our new team with all our might.

We had bought our tickets earlier that afternoon and were pleased to discover that we were seated right next to the away supporters. The game started well and Sevilla appeared strong, winning battles all over the pitch and proving considered and effective in the final third. Their midfield was well-balanced, with Éver Banega and Fernando offering a potent combination of experience and creativity, but it was youngster Joan Jordán who broke the deadlock early in the second half.

Luuk de Jong had broken through on goal but couldn’t get the ball out of his feet to get a shot off and saw it spill to his right, to Jordán. The Spaniard took a touch to set up his effort before cooly placing it in the bottom left corner, wheeling away in celebration. The Sevilla supporters, directly behind the goal, burst into song.

Granada pushed hard for an equaliser, going close on a number of occasions, but couldn’t find a way past the visiting defence. The final whistle sounded and the Sevillistas roared in delight — they had secured two wins out of two without conceding a goal. Sevilla and Granada would go from strength to strength as the season progressed, with the former currently in fourth and Granada, one of the stories of the season, in the top half.

Such success was perhaps foreshadowed that warm August night in Granada. The home side had given a good account of themselves in a closely-fought match, while Sevilla had maintained a strong start. As for us, we spilled out of the stadium exhilarated by our first experience of Spanish football and began our journey home — into the failing light and toward the Albaicín.