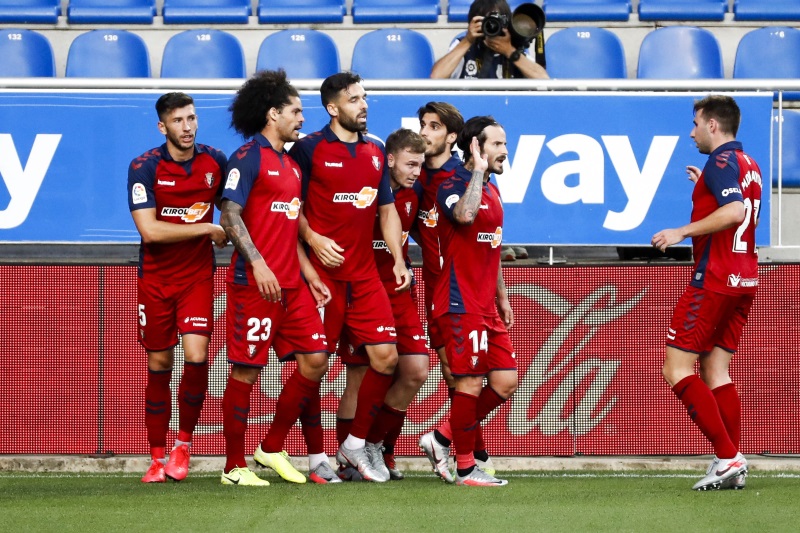 Osasuna virtually secured their safety in La Liga with a hard-fought win at Alaves in a game of few chances for either side.

Toni Lato, on loan from Valencia, struck the decisive goal in the 64th minute in what was to be the only shot on target registered throughout the entire game.

The result moves Osasuna up to 38 points and with seven matches remaining of the season, they are now 12 points clear of the drop zone and have all but ensured their status in the top-flight.

Alaves remain on 35 points and whilst their La Liga status is not under immediate threat, this is their third defeat in four games and follows a harrowing six-goal loss at Celta Vigo on Sunday.

That Asier Garitano’s side could not even muster a shot on target for the entirety of the match at their home stadium will also be a cause for alarm.