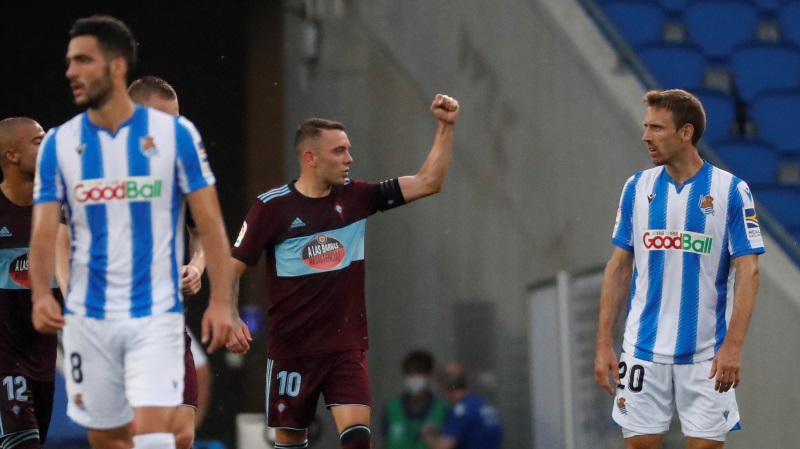 Celta Vigo moved seven points clear of the relegation zone in La Liga with an impressive victory at Real Sociedad, who remain seventh.

Iago Aspas netted from the penalty spot in the first half to settle the tie and ensure the Galician side followed up their 6-0 weekend win over Alaves with another crucial three points.

The penalty from Aspas came about in controversial circumstances and despite the hosts having the lion’s share of possession and opportunities, the away side held on for a vital win.

Celta are now seven points clear of Real Mallorca, in 18th, ahead of their trip to Real Madrid later on Wednesday evening.

The result sees La Real’s rotten run of form continue since the resumption of La Liga earlier this month, with this their third successive defeat.

Imanol Aguacil’s side were sitting fourth over the prolonged three-month break in Spanish football, but have picked up just one point in four matches since the return and have now slipped three positions.

The Basque side are now eight points adrift of Atletico de Madrid in third and are six points from fourth-placed Sevilla, while they are also now behind both Getafe and Villarreal.