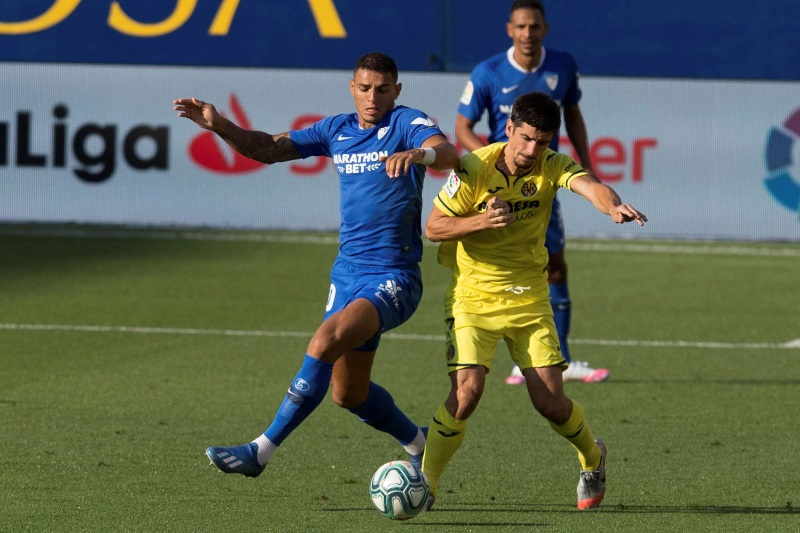 Villarreal and Sevilla played out an entertaining 2-2 draw at El Madrigal on Monday evening. Paco Alcácer opened the scoring for the hosts before Sergio Escudero equalised, only for Pau Torres to regain his side’s lead on the stroke of half-time.

Sevilla emerged re-energised for the second period, however, and drew level once again through Munir. They pushed for a winner but were consistently denied by the superb Sergio Asenjo. The evening was also marked by the long-heralded return of Bruno Soriano, with the Villarreal captain returning to action for the first time since his 2017 injury.

Both sides went into the game seeking to keep their European dreams alive. Sevilla began the evening in fourth place, having been leap-frogged by Atlético Madrid on Saturday evening, and made six changes from Friday’s draw with Barcelona. Villarreal also made six changes from their victory over Granada and were full of confidence having won three on the bounce. They kicked off knowing that a win would take them within two points of fourth.

Sevilla had the first real chance. Escudero played in Youssef En-Nesyri down the left flank, with the Morroccan getting to the byline before crossing for Jules Koundé, only for the French defender to connect poorly with the resulting effort and send it high and wide. Villarreal sent several tentative probes into the opposition third in the early stages, but each move was cut out well by a proactive and committed defence before they could pull the trigger.

The hosts were the more dangerous side in the opening period, however, and were rewarded for their efforts on 18 minutes. Gerard Moreno picked out the industrious André-Frank Zambo Anguissa with a looped cross, only for the Cameroonian’s header to be parried by Tomáš Vaclík. Alcácer was there for the follow-up, however, and made no mistake in putting the ball in the back of the net.

Sevilla responded well to going behind but couldn’t create a clear-cut opportunity save for Joan Jordán stinging the palms of Ansejo from a tight angle outside the box. Villarreal nearly doubled their advantage when Éver Banega played a careless free-kick straight to Moreno, launching a quick counter-attack. Samuel Chukwueze found Alcácer who in turn played in Moreno, but the all-important attempt was saved.

Raúl Albiol and Pau Torres were proving resolute in the Villarreal defence, but they couldn’t stop Escudero’s 39th minute equaliser. Anguissa lost possession in midfield, with the ball spilling to the Sevilla captain far on the left side. He steadied himself and struck a well-hit drive into the bottom right corner, his first goal since 2015.

Julen Lopetegui must have thought he had have his charges back in the dressing room for half-time with the scores level, but Torres had other plans. Villarreal won a free kick out the right side which the evergreen Santi Cazorla whipped in perfectly, with the impressive centre-back rising highest, unmarked, to steer his header past the flailing Vaclík.

Lopetegui acted decisively at half-time, bringing on Munir, Lucas Ocampos, and Jesús Navas, and his side began the second half with renewed impetus. Koundé was able to move inside, into his preferred role alongside Diego Carlos at centre-back, while Fernando dropped deeper in midfield to nullify Villarreal offensively. Banega operated with increasing freedom, always playing the ball forward and looking for the lethal pass, helped by Munir and Ocampos hugging each touchline and stretching the play.

They soon tested the waters. A fluid team movement saw Munir hit Banega in the box, who in turn found Escudero, but the left-back couldn’t repeat his earlier trick and stabbed his effort wide. Then, Munir was involved again, this time taking matters into his own hands. Navas stood up a high ball from the right wing that Munir expertly volleyed, first-time, across goal and past Asenjo.

The Andalusians had the wind in their sails after making it 2-2 and pushed for a winner that would pull them three points clear of a resurgent Atleti but couldn’t find a third. Banega dropped in a corner that was cleared as far as Escudero, who played a clipped ball into substitute de Jong, but his shot was saved. Then, another substitute, Franco Vázquez, found Escudero yet again, but his volley was comfortably held by Ansejo.

Villarreal will be the happier of the two sides. Having retained their unbeaten record since the restart, they will continue their European push with a crucial game against Valencia next Sunday. Sevilla, having made their strength-in-depth evident, overtake Atleti once again, and will face Valladolid next knowing they are in for a run-in game of cat-and-mouse with Diego Simeone’s experienced team.