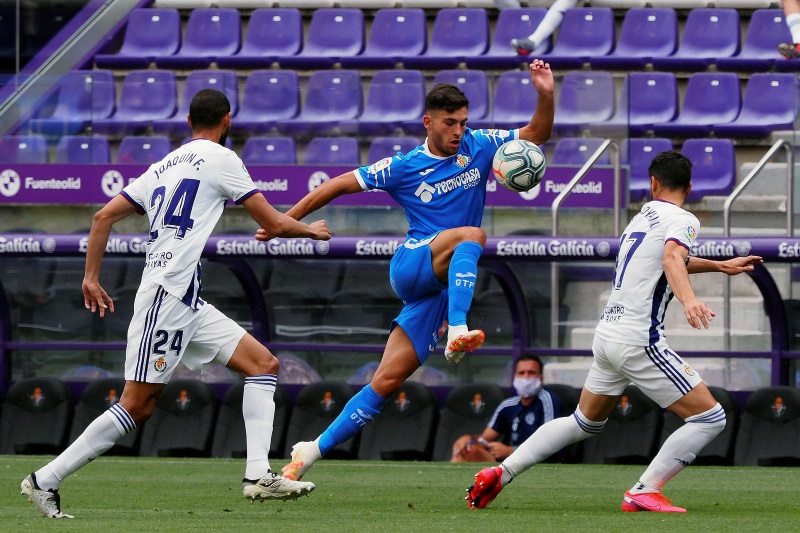 Getafe lost further ground in the race for the Champions League spots in La Liga after they were held to a draw at Real Valladolid.

Jaime Mata opened the scoring for Jose Bordalas’s side four minutes before the break but Valladolid earned a point thanks to a penalty from Enes Unal on the stroke of half-time.

The result stretches Getafe’s winless streak in La Liga to five matches – with four of those games coming against sides in the bottom half of the table, as their pursuit of a first ever top four finish have been derailed.

Valladolid are now also without a win in three games following their triumph at Leganes in their first game back in La Liga following the enforced break after the coronavirus pandemic brought the league to a standstill.

They are now eight points clear of the relegation zone with just seven matches remaining in the campaign.