Simeone has been linked with a bid for the Swiss international, if Thomas Partey opts to leave the Spanish capital ahead of the 2020-21 campaign.

Ghanaian schemer Partey is rumoured to be on the radar of Premier League pair Manchester United and Arsenal, with both clubs wiling to pay his €50m release clause.

According to reports from Mundo Deportivo, Simeone has lined up Zakaria as an ideal replacement in defensive midfield, with talks already underway with the player’s representative.

Borussia Monchengladbach have also opened contract talks with the 23-year old, with his current deal set to expire in 2022.

Zakaria is rumoured to be willing to leave Germany to challenge himself in another European league, with a €30m bid likely to be enough to secure a deal, if he rejects Monchengladbach’s offer in the coming weeks. 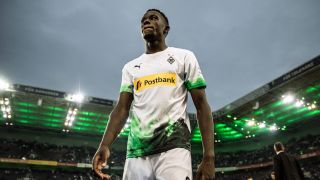