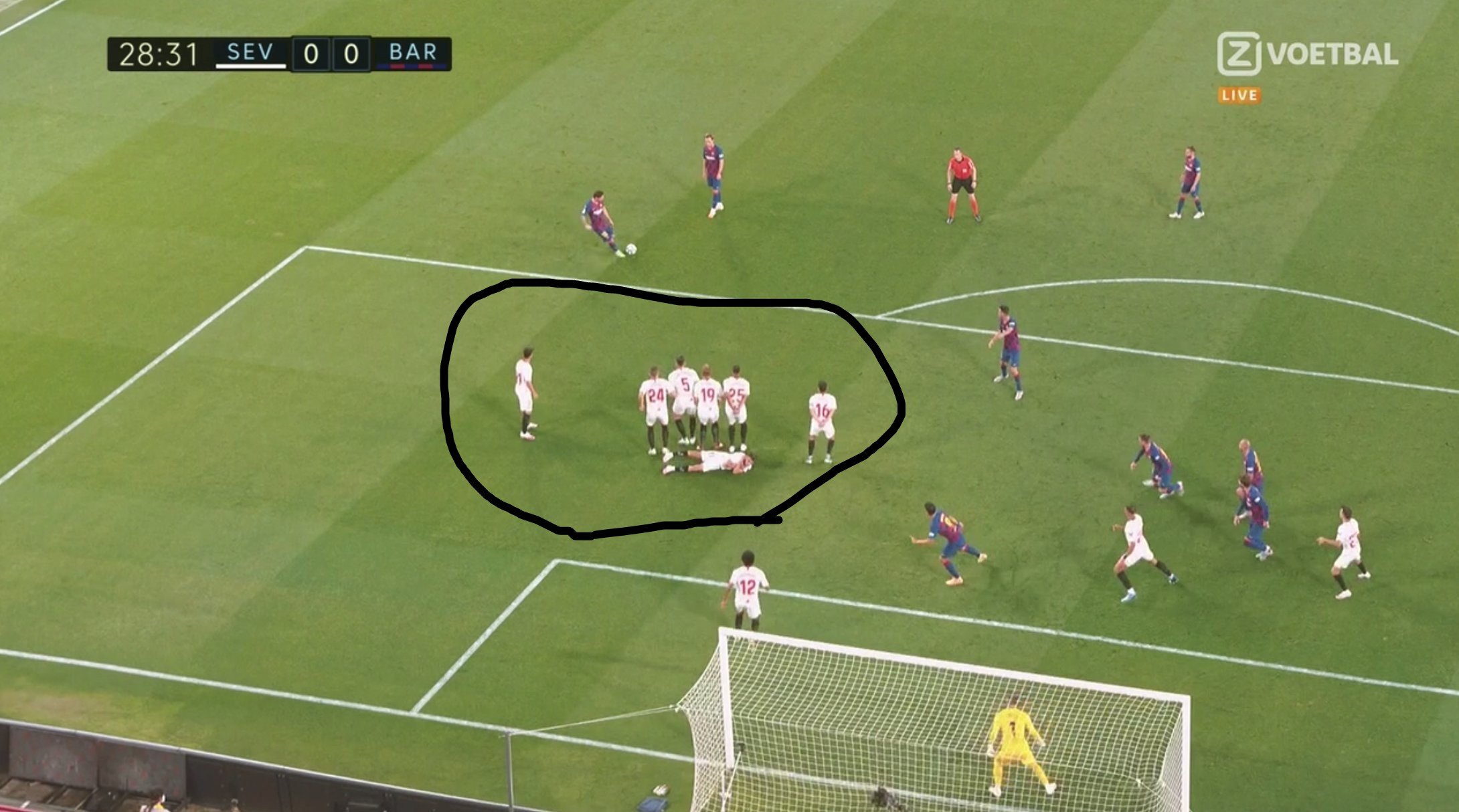 First half chances have been few and far between in Barcelona’s  La Liga clash at Sevilla, but the hosts are taking no chances with Lionel Messi.

The Argentinian international has a fine set piece record with the Catalans, and Julen Lopetegui’s side were on red alert as Diego Carlos conceded a free kick inside Messi territory on 21 minutes.

Anxious to avoid being embarrassed by one of Messi’s trademark under-the-wall free kicks, Lopetegui ordered former La Blaugrana winger Munir El Haddadi to lie down behind their defensive wall.

Jules Kounde was also stationed as an extra defender on Tomas Vaclik’s goal line, with the French defender eventually heading Messi’s effort over the bar.

One man lying behind the wall, another sprinting back to the goal line 👀

And they worked for Sevilla this time! 👏 pic.twitter.com/q0uc77xV8N

The chance was the best opening of fast paced first half, with neither team really testing Vaclik or Marc Ter Stegen.

Barcelona are aiming to extend their lead at the top to five points over Real Madrid, but a draw or defeat allows Zinedine Zidane’s side to leapfrog them, if they beat Real Sociedad on Sunday.