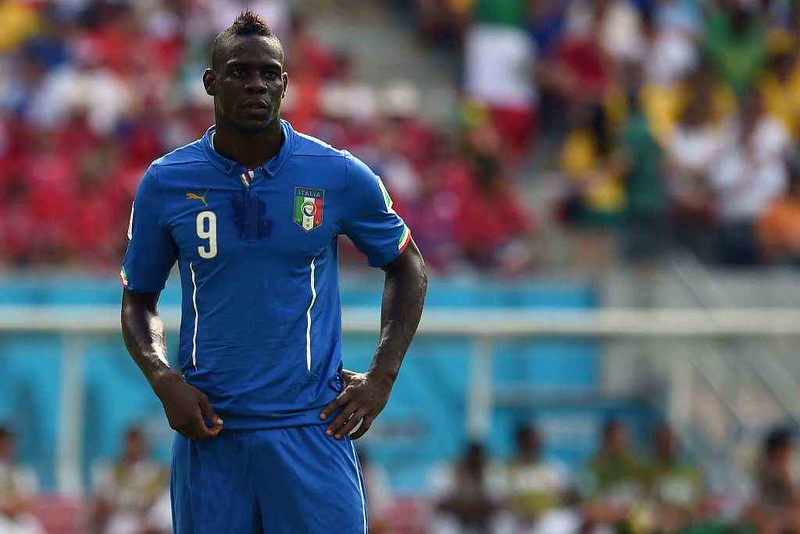 Mario Balotelli’s career has certainly been eventful, filled with plenty of highs and many other lows. Unfortunately for the Italian striker, the lows have long started to outweigh the highs to the point where his undoubted brilliance is not seen frequent enough for him to be worth the hassle.

That forms part of the reasoning behind Brescia’s determination to terminate Balotelli’s contract early. The 29-year-old joined his boyhood club on a three-year contract last August in the hope that club and player could mutually benefit: Brescia’s survival bid would be significantly boosted by a fit and focused Balotelli, who in turn they hoped would enjoy the comforts of home after a decade spent traipsing across Europe with mixed results.

Instead, less than a year into his deal and after five goals in 19 games, Balotelli is heading for the exit following an all too common display of ill-discipline, while Brescia are rooted to the bottom of the Serie A table. Mutually beneficial it has not been.

Brescia president Massimo Cellino has admitted signing Balotelli was a “mistake”, a sentiment shared by manager Diego Lopez, who said earlier this month he was “disappointed” with the player’s attitude after he returned to training following the coronavirus lockdown “not at the level of his teammates”.

A career that follows a familiar pattern

The relationship between club and player became further strained when Balotelli was turned away from the training ground after failing to give enough warning of his arrival having missed previous sessions with illness.

It is just the latest sorry saga in a career that promised so much but has ultimately delivered very little relative to his undoubted potential.

There has been a familiar pattern to Balotelli’s career that consistently highlights the good and the bad. He typically starts at a new club very well, scoring regularly and appearing motivated, before a lack of focus and discipline creeps, which results in decreasing productivity and an eventual falling out with managers.

It was seen first at Inter Milan, where he broke through as a precocious and exciting teenager, only for his professionalism to be criticized by Jose Mourinho, who had taken over as manager from Roberto Mancini in Balotelli’s second year in the senior squad.

Mancini, believing he could provide the sort of positive influence needed to coax the best out of Balotelli, took him to Manchester City in 2010. At first, it looked as though the gamble had paid off. After a decent first season, the striker was vital to City’s Premier League triumph in 2012, scoring 13 goals and laying on the assist for Sergio Aguero that sealed the title with the final kick of the season.

During his time in English football, Balotelli also earned a reputation as a loveable rogue. A tabloid favourite, he generated plenty of headlines for his bizarre, often amusing, behavior. One such story was when he was reported to have given a homeless man £1,000 after winning £25,000 in a casino. If staying home and playing casino games online instead should have kept Balotelli out of mischief, that proved not to be the case when police were called to his house for a fire after he let off fireworks in his bathroom.

While the homeless man story turned out to be false, the fireworks one was very much true. But what both of these stories did – and many others like it – was to portray Balotelli as a fascinating, if high maintenance, maverick.

The entire time Balotelli was producing on the pitch, his off-field misdemeanors were largely tolerated, even when he crossed the line – like the time he threw darts at a City youth team player, or hosted his many house parties that went against club rules.

Like Mourinho at Inter, Mancini eventually lost patience as Balotelli’s work rate declined and sold him to AC Milan in January 2013. His career appeared revitalized after 12 goals in his first 13 Serie A games, before netting 14 times over 30 games in his first full league campaign for Milan.

The prospect of building on his start with Milan was ended when he sealed what proved to be a disastrous move to Liverpool. One season and a single goal later, Balotelli was back at Milan, but the loan spell for the 2015/16 season was equally ineffective. He seemed to have lost his way again.

Next up was a switch to the south of France and Nice. Once again, Balotelli was inspired in his first season with 15 goals in 23 Ligue 1 appearances as Nice secured third place, their highest ever Ligue 1 finish. The second campaign was even more productive as Balotelli scored a career-high 18 leagues goals.

Inevitably, though, Balotelli began to agitate and after falling out with manager Patrick Vieira, he was on the move to rivals Marseille for a stint that lasted just six months before his return to Italy with Brescia.

While ill-discipline and itchy feet have no doubt been detrimental to Balotelli’s career, he also deserves great sympathy for being a perpetual victim of racist abuse. The striker has often been a target for vile chants, and he has understandably boiled over on a few occasions.

For Balotelli, though, such sympathy will not be enough to help him at this latest career crossroads. A player who was magnificent for Italy during the run to the Euro 2012 final has found himself facing an uncertain future.

It is difficult to accurately predict where Balotelli goes from here. No major club in Italy, nor elsewhere, will take the gamble and he is too destabilizing an influence for clubs with a smaller structure.

Rightly regarded as one of the finest talents of his generation, it is a shame to see how his career has unfolded, and as Balotelli approaches his 30th birthday, he is running out of second chances.