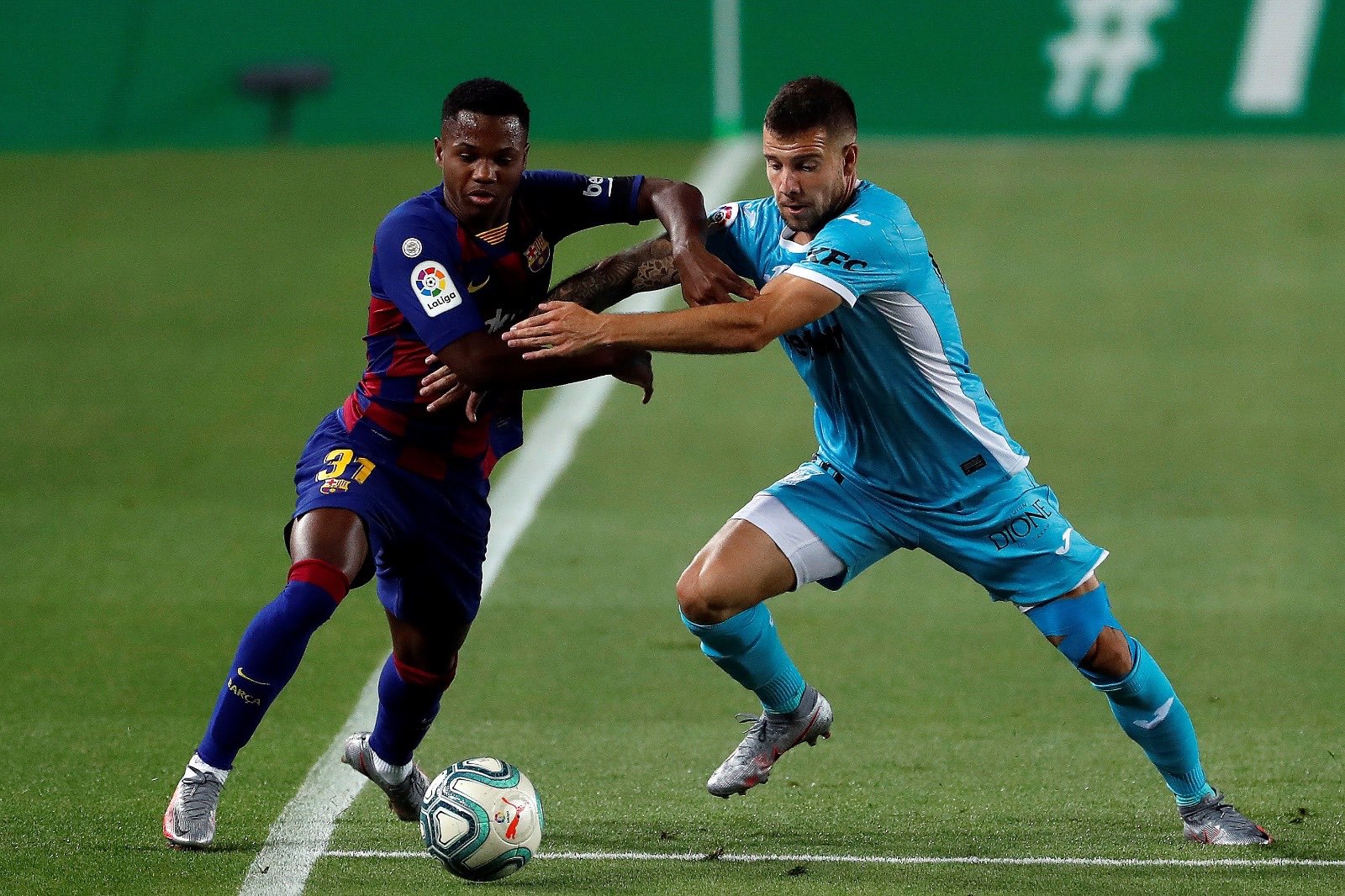 Ivan Rakitic: Ansu Fati is impressing everyone at Barcelona

The 17-year old opened the scoring against Javier Aguirre’s side with an accomplished 20-yard finish.

Quique Setien opted to recall the teenager to the starting line up, and he is expected to play a key role in Barcelona’s title defence in the coming weeks.

“It was important to win, and keep up the pace in the title race,” the Croatian international told a post match interview with Marca.

“We were patient until Ansu’s goal, and from there, it was easier.

“I am so happy for him. He is doing an impressive job, but he must be patient.”

Fati has enjoyed an excellent breakthrough campaign with La Blaugrana, following his La Liga debut against Real Betis in August 2019.

The Spanish U21 has five goals in all competitions in 2019-20, including vital winners in the Champions League against Inter Milan, and home and away against Leganes in domestic action.

Setien will rotate his side for their clash with Sevilla this weekend, with Jordi Alba back from suspension.

Nelson Semedo, Frenkie De Jong, Arturo Vidal and Luis Suarez are in line to start, with Fati competing with Luis Suarez and Martin Braithwaite to keep his place in the starting XI.