Bayern Munich will try to sign Real Madrid full-back Achraf Hakimi, who has spent the last two seasons on loan at Borussia Dortmund.

That is according to the front page of Tuesday’s edition of Diario AS, which claims that the German champions will offer the player a ‘galactic’ salary, while Madrid know the player is not willing to be a back-up for Dani Carvajal next season.

It is unclear where his future lies – he appears to have regular game-time at Dortmund while at Madrid, his preferred position of right-back is already occupied by Carvajal with Alvaro Odriozola and Nacho Fernandez also in that position.

On Monday, a report in Diario AS expanded on a story from Cadena Ser which outlined how Manchester City boss Pep Guardiola is keen on a move for the player and an enquiry has already been made.

He has once again return to action this season and has appeared in 40 games since the summer including a starring performance in November’s 3-2 win over Inter in the Champions League – where he netted twice. 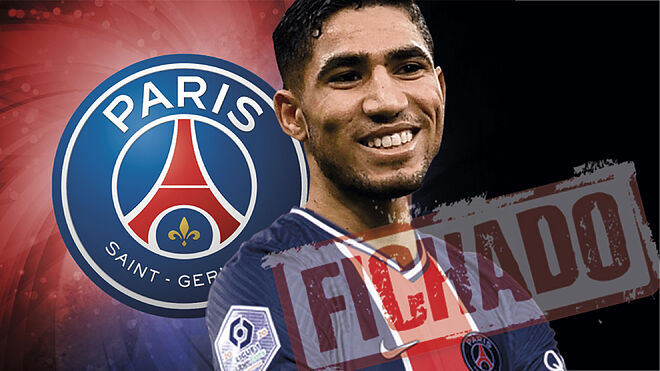