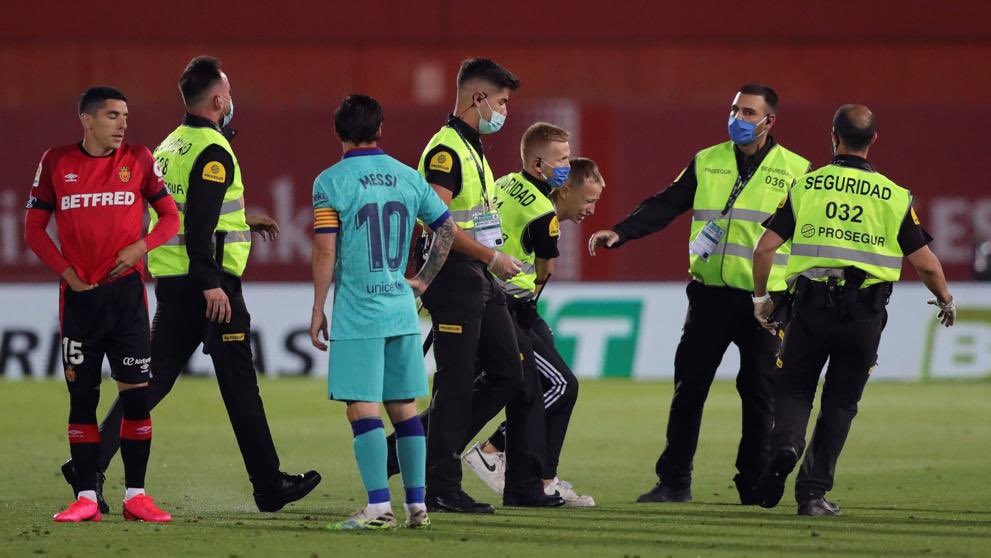 Real Mallorca have been fined €301 after a fan invaded the pitch during their defeat against Barcelona on Saturday night.

It is outlined by Cadena Cope that the Competition Committee decided the fine based on a breach of article 110 of the disciplinary code of the top flight.

The fine is unlikely to make any significant dent in the club’s economic planning, with the most notable aspect of the incident being that a fan invading the pitch despite fans not being allowed in the stadium.

The Competition Committee have also handed Barcelona a warning after their players took to the pitch late ahead of kick off.

The fan entered the pitch during the second half wearing an Argentina shirt with Messi’s name and number 10 on the back, with his actions breaching social distancing guidelines and La Liga protocol.

The fan later emerged to be French and a resident of Mallorca.