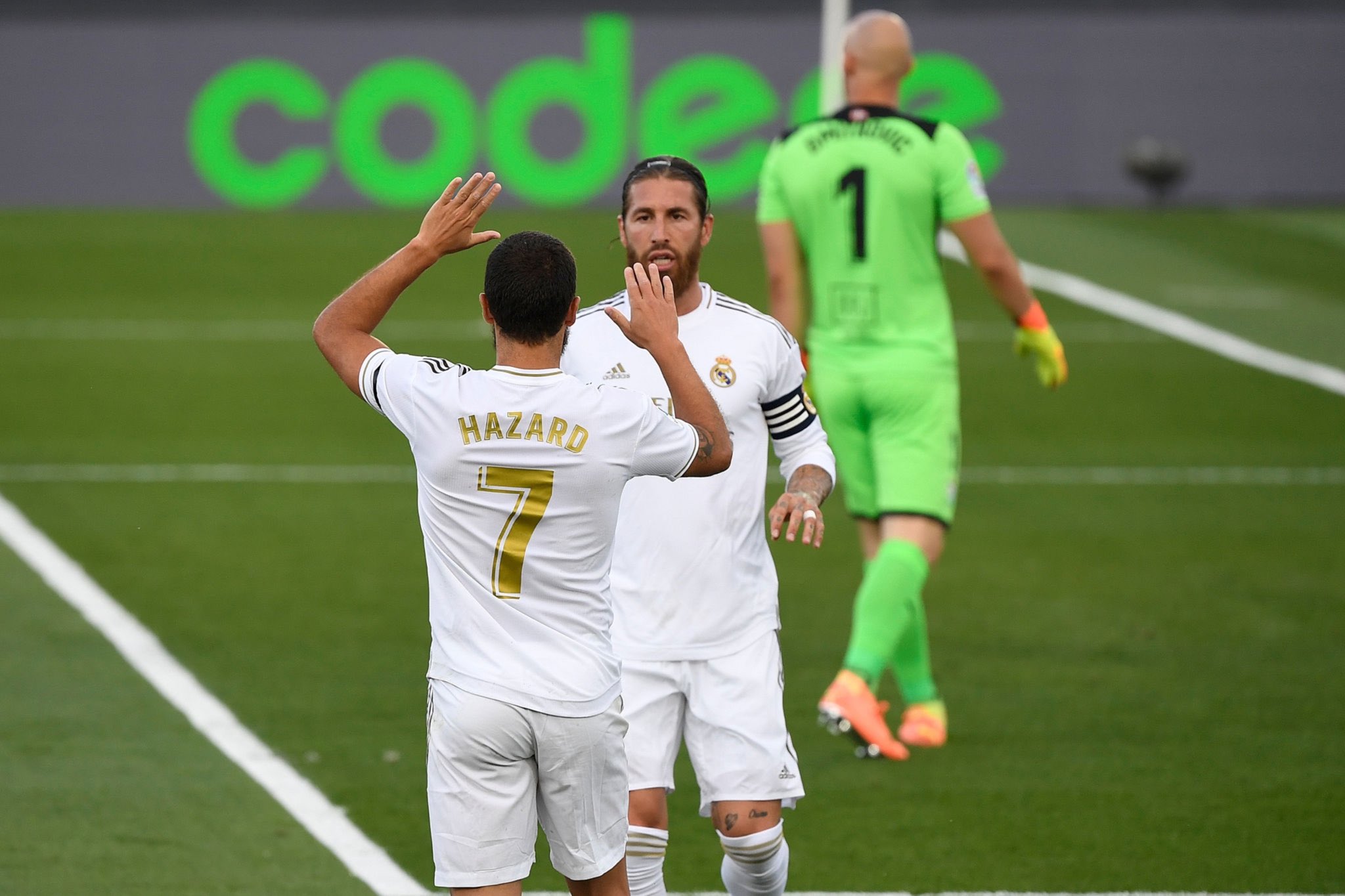 Real Madrid skipper Sergio Ramos has warned his teammates they need to win all of their remaining games in 2019-20 to put pressure on leaders Barcelona.

A returning 3-1 win at home to Eibar resets the gap between the two rivals at two points, with ten games still to play this season.

However, the Spanish international believes Los Blancos will need to be perfect to overhaul Quique Setien’s side in the title race.

“The team played as well as they can (against Eibar), and we cannot maintain the same intensity for 90 minutes,” he told reporters from Diario AS at full time.

“We played well in the first half, and that is seen by a 3-0 lead at the break.

“We are coming back to our level, but we have 10 finals to play, and we will try to win them all.”

Ramos also confirmed he did not suffer a serious injury in the second half against Jose Luis Mednilibar’s side, after being withdrawn as a precaution on the hour mark.

The veteran centre back is expected to lead Zidane’s side once again in midweek, as they face a vital home game against Valencia.

Real Madrid will need a slip from their Catalan rivals in next set of fixtures, as they returned with a 4-0 win at Real Mallorca this weekend.

Zidane’s side do not face Barcelona or Atletico Madrid in their remaining games, but the pair do meet on July 1, in a potential title decider.