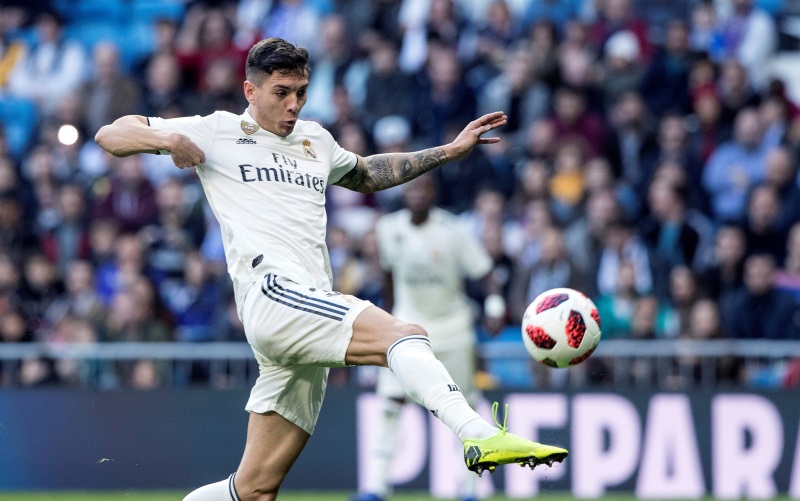 Real Valladolid are rumoured to be eyeing a permanent move for Real Madrid defender Javi Sanchez as a replacement for Mohammed Salisu.

Sergio Gonzalez is expecting a flurry of interest in Ghanaian centre back Salisu this summer, with Atletico Madrid and Manchester United both linked with paying his €12m exit clause.

Sanchez joined Gonzalez’s side on a season long loan at the start of the 2019-20 campaign, but he is yet to make a La Liga appearance for the club.

According to reports from Marca, Gonzalez could promote Sanchez in the end of season run in, as an audition to potentially replace Salisu.

Real Madrid are open to selling Sanchez, with a €3m clause included in his loan deal.

Sanchez has reportedly impressed the Valladolid coaching staff, and Gonzalez is confident he can step up as a first team star next season.

Valladolid should retain their top flight status for a third successive season in the coming weeks, with a four point cushion separating them from the drop zone.