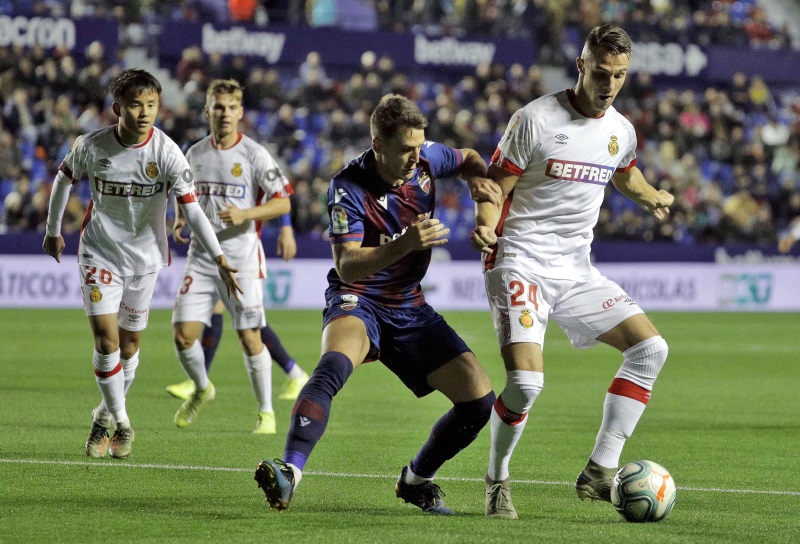 Spanish football clubs will be allowed to show betting sponsorship on their kits and not risk fines, report Cadena Ser.

Under the mandate of Spain’s COVID-19 ‘Social Shield Decree’, the Consumer Affairs Ministry could fast-track the approval of laws on Spain’s ‘Royal Decree on Advertising’ – a federal bill which permits a ‘four-hour advertising window (between 1-5am)’ for licensed gambling companies.

However, the restrictive measures have now been repealed and the companies can be shown.

Valencia, Alavés, Leganés, Granada, Mallorca, Sevilla, Osasuna and Levante are the eight clubs in La Liga whose main shirt sponsorship is a betting company, and there had been concerns that the clubs would have to black out this sponsorship which would have led to the clubs losing a vital revenue stream.

There had been criticism from Spanish bookmakers and other shareholders who claimed that the judgement was too rash and would not provide a sufficient period of grace for a transition to be carried out, such as until the start of the 2020/21 season.

There are 11 rounds of matches remaining in La Liga this season with the league restarting on Thursday night as Sevilla host Real Betis in a Seville derby, with the campaign set to be completed by the middle of March.