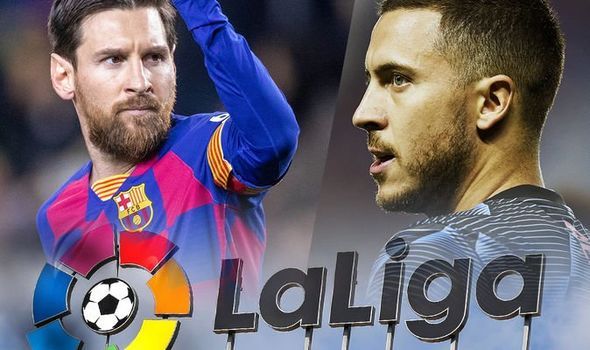 All to play for in returning La Liga, with storylines from top to bottom ready to resume

In case you hadn’t noticed, football isn’t actually about what happens when the ball is in play, it’s about the story created by the results of those games. The trophies that get lifted or lost, the players who move from one team to another, the pain and the joy the fans feel.

The idea that the La Liga season wasn’t going to be finished was painful not only because it meant we would never get to find out the end of the story, but also because it meant that all the football played so far would have felt so pointless.

What use are those great goals and saves from August to March if the competition they came in never finishes? The 27 games that teams have already completed don’t have meaning without the 11 still to come.

That final set of matches is almost upon us now, and it’s time to remind ourselves of all the storylines that were just reaching their climax when we reached the end of the last reel.

Barcelona are top of the league, and Spanish league predictions like these still have them winning the title – but only just. The fact is they’re only favourites because they currently hold first place, and Real Madrid were reeling them in the last we saw.

Zinedine Zidane has a deeper squad at his disposal, and players like Marco Asensio and Eden Hazard back fit ready to contribute again. Barcelona will have to improve majorly on their form from 2020 so far if they want to cling onto their two point lead.

Further down the table, the action remains just as intense. Sevilla and Real Sociedad weren’t able to keep up their early season form and have fallen away from the top two, but that has created an intense battle for the Champions League places.

That pair, along with Getafe and Atletico Madrid, will battle for the two available spots behind the leader, and given the side with the largest budget (Atletico) currently sit last of the group, we can expect it to be a thrilling contest.

Beyond that, the perennial Europa League battlers Valencia and Villareal sit in 7th and 8th. Behind them, the impressive Granada and a resurgent Athletic Bilbao can still aspire for European football.

Osasuna won’t have their star man Chimy Avila back before the end of the season, which will worry them. Then comes the true mid-table – Betis, Levante, Alaves.

Then the relegation fight, one that’s shaping up to be a real thriller.

Bottom of the pile, but with a better squad than many of those above them, are Espanyol. Down, but not out. Above them Leganes have been shorn of Martin Braithwaite, but will hope to beat the odds and scramble above Mallorca and Celta Vigo to escape.

Eibar and Valladolid may think they’re safe, but this is going to be a unique set of circumstances to play under, and it would be no surprise to see results turned on their head across the division. Nobody can relax just yet.

It all kicks off on Thursday night with the Seville derby – and we can’t wait.