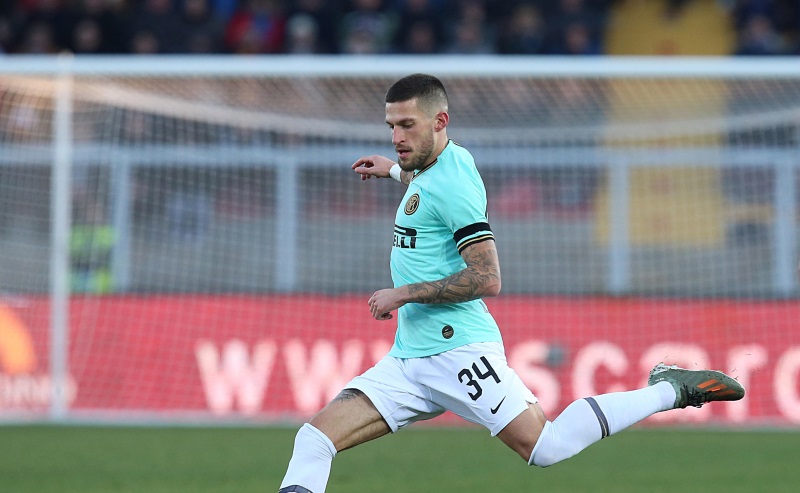 Sevilla have identified Italian full back Cristiano Biraghi – currently on loan at Inter from Fiorentina – as a transfer target this summer.

Seville-based Estadio Deportivo cite a report from Italian news outlet FCInterNews.it that the Andalusian club are in the market for the player, who has also been attracting interest from Roma.

Biraghi has established himself as an international for Italy with seven caps and has previous experience of La Liga, having played 33 times on a loan spell with Granada in the 2015-16 campaign and is said to be able to speak fluent Spanish.

He has subsequently been a regular for Pescara and Fiorentina in the top-flight of Italian football before joining Inter on loan last summer, and he has made 27 first-team appearances for the Milanese giants since.

It is said that Sevilla sporting director Monchi has the player on his list to reinforce his options at left-back; Sergio Reguilon’s loan deal from Real Madrid expires this summer while Sergio Escudero has been linked with a move to Getafe.