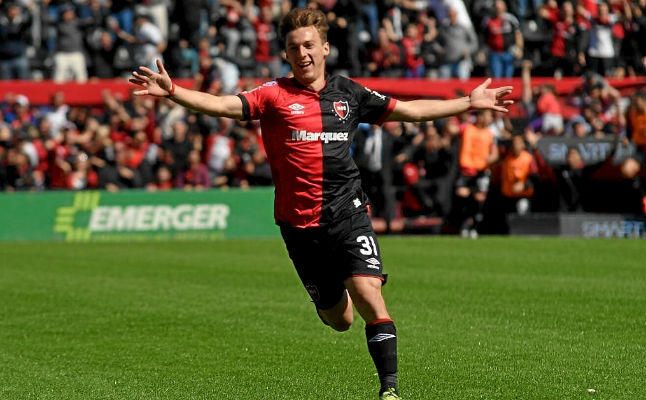 Real Betis aim to sign Argentine box-to-box player for €3.5m if another they lose another midfielder

Real Betis are a club in a little bit of a funny position at the moment.

After a really strong run under Quique Setien, things have wobbled a little in the last 12 months since the appointment of Rubi, despite big spending on players like Nabil Fekir.

One major issue has been the consistent departure of midfield talent – from Dani Ceballos to Fabian Ruiz to Giovanni Lo Celso last summer.

William Carvalho looks like he will be the next to go, and Betis are preparing accordingly by looking to South America for their next purchase.

According to Estadio Deportivo, they’ve got their eyes on Jeronimo Cacciabue, the box to box midfielder at Newell’s Old Boys.

He would apparently only cost €3.5m, a very coronavirus-friendly price even for Betis, especially if they get the expected windfall from the sale of Carvalho. They face competition from Genoa in Italy, but they should present a more tempting option, if they get their offer right.