Takefusa Kubo was a fascinating signing by Real Madrid last summer, having spent 4 years in the Barcelona academy as a kid.

He learned a lot in La Masia it seems, not least how to run with the ball at players. And he’s carried that through to his debut season in La Liga, on loan at Mallorca.

According to the stats, he’s averaging 5.4 successful dribbles every game, the same as none other than Leo Messi, more than anyone else in the league.

The two are actually the same height too, giving them the same sense of swaying, quick-footed danger over the ball.

You can see the full La Liga list from @AlebiaAnalytics embedded here: 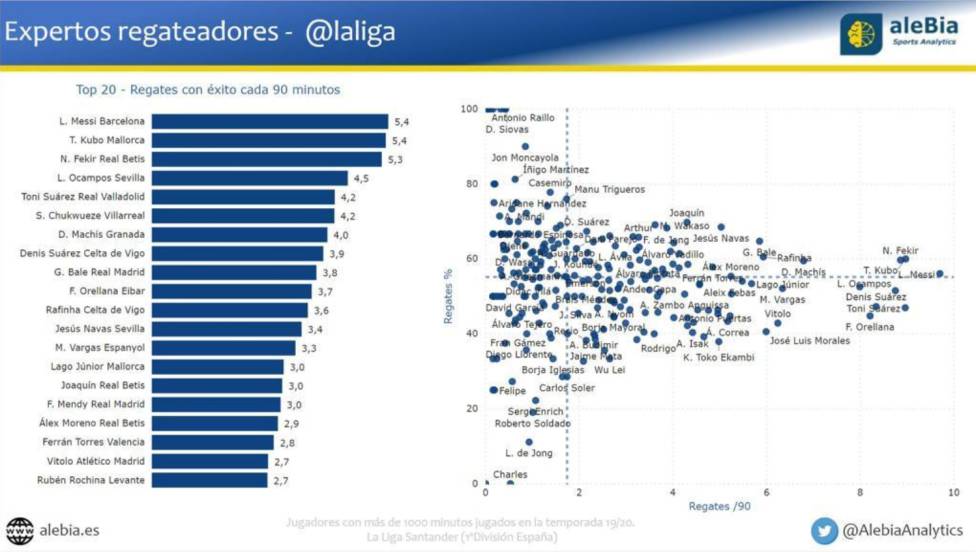