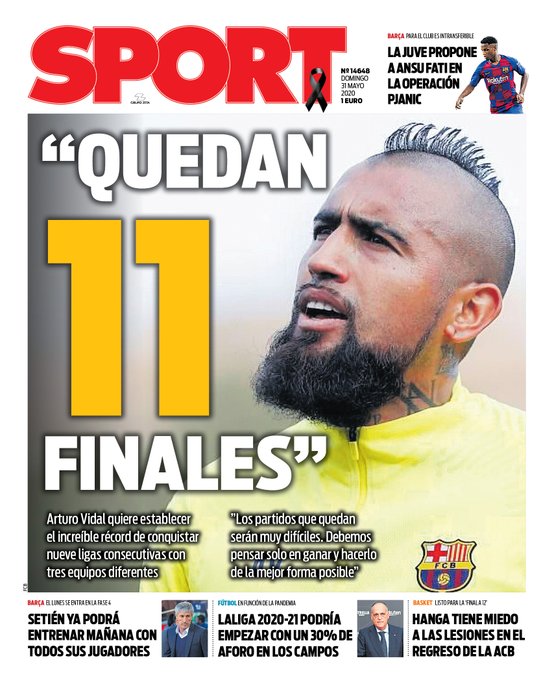 Yesterday’s front cover of Diario Sport in Catalonia has one very distinctive face on it: Arturo Vidal.

Almost a comic figure at times now in appearance and with his abilities on the pitch declining from their awesome peak, the midfielder’s trophy cabinet is certainly no joke.

This season he is going for his ninth league in a row. Those have come with three different clubs.

If he wins it, he will be the first player in history to manage such a feat, and a player as determined as him is going to do everything in his power to make it happen.

“There are 11 finals left” the Chilean declared in quotes that rang from the portada.

“The games that are left will be very difficult. We should think only about winning and doing everything as well as possible.”

Barcelona are feeling Real Madrid’s breath on their necks, and when we left off looked like they might fall behind. Los Blancos have serious depth to their squad and will have the edge during the hectic schedule that will close out the season.

But with Vidal on the pitch going for such an impressive title, you just can’t count Barcelona out.