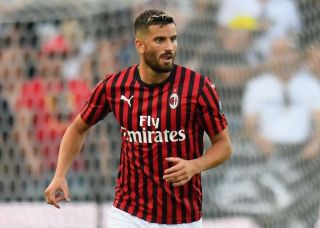 Mateo Musacchio has not had a great spell in Italy since moving to AC Milan from Villareal in 2017, but he is still highly regarded in Spain and may soon be making a move back.

MilanNews.it say that both Real Betis and Sevilla are interested in the central defender, and will look to secure a loan deal or a cheap transfer this summer.

Sevilla look the better team to join right now after a promising first season under new coach Julen Lopetegui, and if they sell Diego Carlos they will have space at the back.

Betis on the other hand are looking to re-find their form of a couple of years ago, and they need to start building from the back. Musacchio was great at Villareal, earning his move to Serie A off the back of those great showings.

Still just 29, he has the potential to play several more seasons at the top level, and could prove to be a smart buy if he’s able to stay fit and regain the form he showed before his move to Italy.