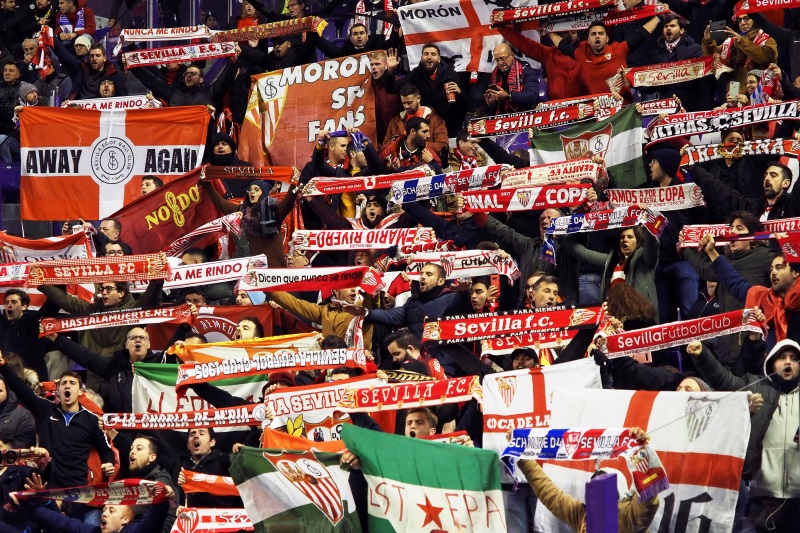 La Liga broadcasts will offer viewers the chance to play recorded atmosphere from fans for matches played behind closed doors.

As outlined in a report from Cadena Cope, the league has come up with the idea to combat the absence of noise and atmosphere in stadiums which will not be able to host fans of either club.

Viewers will be offered a choice of watching matches with the noise from the stadium itself – where they will likely be able to hear shouts, instructions and insults between players and coaching staff – or for the game to be played to the backdrop of recorded chants from fan groups.

The top two divisions of Spanish football are scheduled to return after a three-month break with the Seville derby between Sevilla and Real Betis on 11 June, with games being staged across 32 consecutive days and hopes to finish the campaign by late July.

Details are now starting to emerge of how these games will be held, with weekday kick-off times of 7.30pm and 10pm CET (6.30pm and 9pm GMT – UK time), with an additional local time slot in northern region of 5.30pm for weekends.

La Liga are considering a range of plans to make up for the absence of fans in matches including broadcasting tweet and social media interactions of fans inside the stadium, with the arrangements outlined by Marca earlier this month.

Tebas said during a videoconference: “Sometimes when we have seen games played behind closed doors, there is an echo and the horrible sight of empty stands.

“We are working on methods against this and there will be an interesting question of virtual advertising and having a stand with messages from Twitter that are shown during the game.”